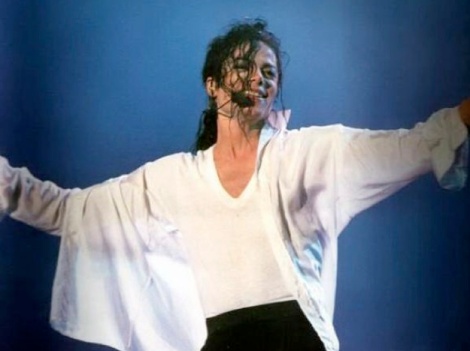 I’m never very sad when people die, in fact, I’m usually rather happy for them. Maybe it’s because I don’t believe people ever really die and that they just move onto a higher plane of existence. Maybe it’s because I always wonder about death and if death is really an ending or a beginning. Either way, I don’t react to death in the same way many people do. Today, on the other hand, was the first time that somebody’s death profoundly saddened me.

I wasn’t sad because of his death, I was sad because of the loss to our culture, and to me. Growing up, I had always been a fan of Michael Jackson. Even after two highly publicized child molestation cases, I never doubted his innocence or the fact that he would be proven innocent. I suppose I will start at the beginning…or what I can remember to be the beginning of my fondness for the sadly departed King of Pop.

In my life, I have a select handful of role models, all of them women, aside from one, Michael Jackson. (If you were wondering, they are, Jennifer Saunders, Hillary Clinton, Julia Child, and Martha Stewart.) Each of these women inspires me in a different way. Jennifer taught me that you don’t have to take life seriously, and that you can make money laughing. I’ve always appreciated Hillary Clinton’s views on how people should be treated, from the rights of minorities to the healthcare of a nation. Julia was my first inspiration to be a chef, and the way she lived her life (and the places she lived it in) have always been a kind of map in the back of my mind. Martha, is a role model because we’re the same person and for the fact that she can manage such a multi-faceted organization so well. Michael has always been my role model because of his eccentricities. I’ve learned from him that it is more than alright to be a little odd, and I’ve never forgotten that.

My interest in Michael Jackson started when he was arrested for child molestation the second time. Before that, I had known the name Michael Jackson and some of his music, but little more than that. But, from the day they showed him on television, I knew that he was innocent. You could see it in his eyes, in his demeanor. I knew that he didn’t have it in him to be a monster.

From that moment on, an obsession was born. I purchased all of his music and listened to it until I had every song memorized. Today, I listened again to his albums and was struck by the changing themes in each. His early albums, up to Dangerous, were full of catchy tunes that showed a happiness for life and an excitement for the future. But, after the first child molestation charges, the tone changed. Songs like “Scream,” “They Don’t Really Care About Us,” “This Time Around,” “Money,” “Tabloid Junkie,” and  “Threatened,” appeared on the following albums, and each one was more depressing than the next. They showed a tormented man, a man who was no longer allowed to succeed. I truly believe that this led to his death. When everything you do is ridiculed and deemed disgusting by the media and then the masses, I think you lose your will to try and succeed. Why go on if you can’t win?

Anyway, when he was cleared and proclaimed innocent, it was a triumph not only for him, but for myself as well. It gave me the right to say, “I told you so.” And I did it with pride.

From then on, I wasn’t embarrassed to say I enjoyed Michael’s music. This led to gentle and more angry ridicule. A few mindless kids at school would think I was disgusting for listening to the music of a “pedophile”, but I never let that bother me, because people who say things without thinking are merely ignorant.

Over time, Michael became an enigma in my mind, almost a principle, I suppose. It was nothing that controlled my life or dictated how I acted, just that I didn’t have to conform to society’s demands because it was expected of me. I could be different. I’m not a weirdo, let me assure you, but I think I’m unique, not a cookie-cutter football player with a truck and goatee.

The King of Pop’s throne will never be filled, and in my humble opinion, it never can be. Who else out there could inspire generations the way he has? With his passing, the era of the true celebrity is dead, nobody can ever replace Michael, and I think that is fitting.

Please celebrate his life with me today and tomorrow and every day. Let his legacy be written by his music and his humanitarian efforts, not marred by the greed of others.

So with deep joy, and deeper sadness, I post this little requiem.