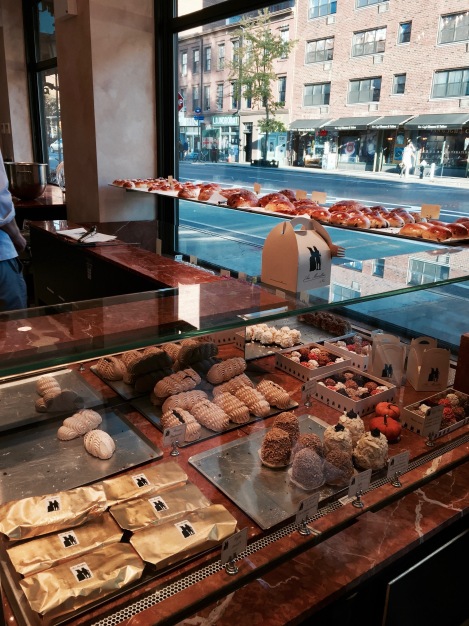 A shop in Paris that I desperately love is Aux Merveilleux de Fred. I went there on the recommendation of David Sedaris, a pastry chef I would trust with my life, and he did not lead me astray. It’s been years since my first visit, but I make a pilgrimage to one of these shops on each trip to Paris. I didn’t make it there this summer, and I regret that terribly. They sell a light confection called a Merveilleux. These are meringues that are covered in flavored whipped cream and shavings of something. My favorite is covered in chocolate. Well, it was until last week, but I’m getting ahead of myself. They don’t sell many things in the shops, but the few things they do, they do fabulously well. So, when I was in New York City last weekend, mourning my beloved France, I was understandably gobsmacked when at the end of Jane Street stood the first American outlet of Aux Merveilleux de Fred. My throat became tight and I swear I nearly cried…okay, so I had this choking sob thing…and I dashed inside to get a chocolate Merveilleux and talk to the owners. They were all from Paris, at least when I was in, and it was so good to be around these kindly people. It felt like I was home. But life only became better when I had a hazelnut-almond Merveilleux. It changed my life. I am a better person because of that treat. It was a treasure. Go to New York or Paris or Brussels or London just for a Merveilleux, reader. It is so worth it. 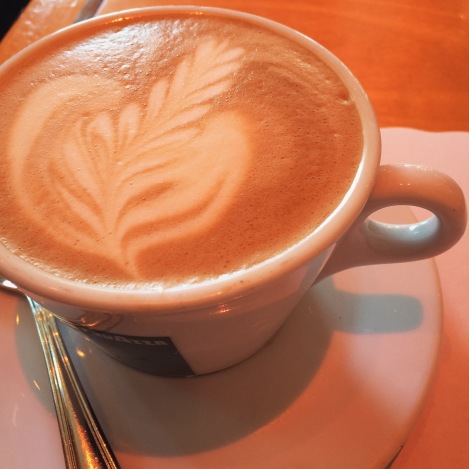 Ever since my foray into flat whites, I have become increasingly enamored of coffees that aren’t a plain cup of black or espresso. I can’t explain it to you, I assume it’s part of my ever expanding palate. I’ve been drinking lattes a lot and commenting on how they just taste like hot milk and complaining. Complaining is one of my major passions. I just got back from New York City where I had one of the best coffees of my life. (The best espresso was at Le Cordon Bleu in London, if you were curious.) Anyway, at the Café Gitane on Jane Street, my coffee life was totally transformed. I order a café crème like I used to get at Chez Betty in the south of France and was enraptured. It was silky and smooth and rich and tasted absolutely divine. I proceeded to order about a dozen of them over the next three days. They were wonderful. I made one the second I got home, but it wasn’t quite the same. I wonder if they steamed half and half instead of milk? That would explain the richness. It was fantastic, go to New York just for coffee, reader. I’m making another one right now in the hopes of getting it right.

Made in the AM: 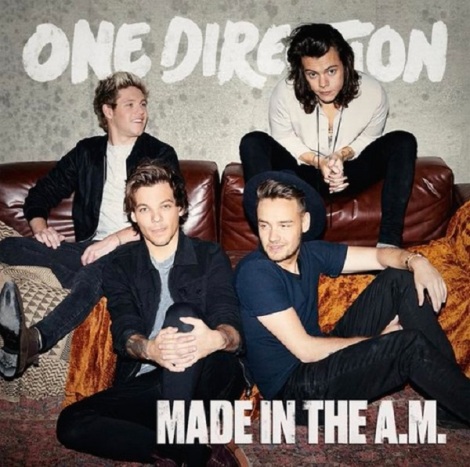 I’m a ho for One Direction. I live for them. They are my everything. Not Zayn, clearly, because he betrayed ME and the BAND by leaving and then by cutting off his hair. I have actually never been more offended in the entirety of my life. I don’t need him. All I need is Harry. We’re soul mates.

I’m not sure if he’s aware of that, but I would assume he’s got a good idea if he’s ever seen my obsessive Twitter posts or Tumblr reblogs or all the pictures I have taken of his golden boots in one of the many One Direction concerts I’ve been to. Or heard my anguished screams when I missed him by minutes of yards in various locations around Los Angeles where we played hide and seek. Here’s me looking for Harry:

That’s all real, by the way. I am constantly inspired by his silky shirts and long hair. Imagine my enraptured delight when the new album came out a few weeks ago! I have listened to little else. On the way to New York, One Direction. On the Subway, One Direction. Walking through Central Park, One Direction. Flying back home, One Direction. I was all One Direction all the time, and I have absolutely no regrets about it. Made in the A.M. is a triumph of musicality. I can’t even pick a favorite track because they are all delightful masterpieces, but if I had to pick a top five, I would choose: “Hey Angel,” which is a delightful upbeat jam; “If I Could Fly,” a masterpiece that makes your clutch your pearls and sob; here’s me listening to it:

“Never Enough,” which features tribal grunting and that’s all you need to know; “A.M.” which is a rollicking good time; and “What A Feeling,” a song that makes me want to flail my hands in the wind and scream. I love all of them. This list means nothing. Download this instant classic TODAY. Enjoy #realmusic. 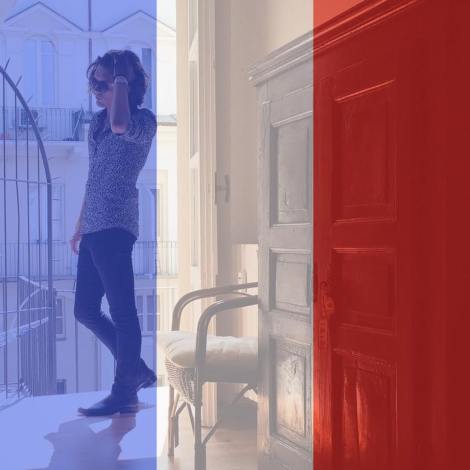 After tragedy struck in Paris, I was overwhelmed with happiness when I saw the French flag everywhere. It was absolutely grand to see the whole world come together over the disaster, even if it didn’t change the fact that it happened or erase the awfulness of November 13, a day I will look forward to with dread for the rest of my life. But still, it wasn’t salt in the wound when we all changed our Facebook profile pictures. I had never seen a system quite like it, for you could set this French flag filter to last for a certain amount of time. I applauded this initiative immediately. People love to use their profile pictures in celebration, protest, support, or commemoration of certain events, but it requires a commitment. But now you could set the profile picture to last for a day, or three, or a week, or indefinitely. There was no commitment necessary and no real work involved and you could still express your love for France. It will be nice to see a thing like this implemented again for more happy moments or for holidays instead of global tragedies. I hope we don’t have any more, but as a student of history, I am well aware of the cruelties of time. My French flag profile picture only lasted a few days because I don’t want to wallow in misery. I’m an outspoken French supporter in all things, so I don’t feel I need the flag on my Facebook to identify my constant love for France. This is a fabulous idea, though. Good job, Facebook. 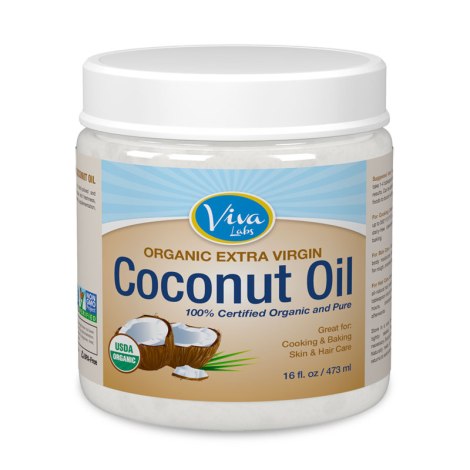 Reader, my obsession with coconut oil wanes and waxes depending on my amount of free time. I was spending quite some time every day slathering my body with it, enjoying the smell and the glisten and the softness that overwhelmed me. It was luxury. But it took ages because it took a while to soak in and I liked to do it after a bath. You don’t need to know all that. I’ve been busy, so my massive container of coconut oil has been sitting alone and lonely on a shelf. My skin has dried up a bit, but life has been worse. Anyway, this is a long introduction to say that my hair has been bothering me. I love my hair. It has never been longer in my life and that is an absolute thrill. It has been dry, though. No amount of Jennifer Lopez-inspired deep conditioning products has made a difference, and that was an incredible annoyance to me and my wallet. She is probably wearing Magic Hair in the ads… So, I sought something out that would make a real change, and I read about putting coconut oil on your head. I don’t know why I scoffed for so long, but this weekend, I ran it through my hair, brushed it from root to tip, threw it in a bun, and went to bed. The next day, I washed it out, let it air dry, and then screamed. My hair was soft and gorgeous. The coconut oil added shine and the healthy look that had been missing for so long. I felt like a goddess. That damn oil I bought for ten dollars and will last me years yielded better results than any conditioner I have ever tried. My life is changed; change yours.