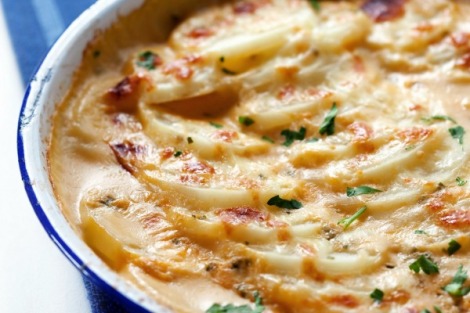 Mine looked better than these, but I forgot to take a picture because I was busy shoveling potatoes into my face.

I legitimately have no idea where I came up with this recipe. I don’t even have a recipe for it. I don’t actually know if what I call Potatoes Savoyard is actually what Potatoes Savoyard is. But it’s delicious. When I was at Le Cordon Bleu in Paris studying pastry arts, I made this dish probably four times a week. I also roasted so many chickens. I used to eat ridiculous amounts of meat. I love being a vegetarian now, but back then it was all about chicken. And fish occasionally. I was never big on red meat, but I was a ho for chicken. Anyway, as a “side dish” (read: enormous portion big enough for two meals) I would make these potatoes, and I was obsessed. Here’s what I did, dear and hungry reader: I peeled bunches of yellow potatoes and then sliced them thin with a mandolin, then I made a mélange of all the cheeses I had in my refrigerator which was usually gruyère and Parmesan, to this I added garlic and salt and pepper, then I began to layer the potatoes and the cheese like a lasagna in a small casserole dish and threw in some butter on occasion and then topped it all with more butter and cheese. Once the potatoes were assembled, I would boil some water with a couple bouillon cubes and pour it on top. I use vegetable stock now and it works just as well. I pop this into 375-degree oven for about an hour until the potatoes are tender than broil the shit out of the top to caramelize the cheeses. Then I try to let it cool a bit before gorging sick on cheesy, French potatoes. It makes me feel like I’m back in Paris whenever I make these. I have been quite homesick for that city since I left most recently, so I’m going to make a big batch tonight in an Émile Henry dish and pretend I’m looking out on the rue Saint-Sabin and not a frostbitten cornfield. I might cry a bit. I probably will. (I did.)

This site is the third iteration of my blog. It’s the best and most beautiful and certainly the most bloated. I have merged this one with the last one, but the horrific postings of my high school days are still living on in a website that I try to forget about. I willingly  and happily ignore it because the writing is dreadful and all I did was whine all the time. Eventually I might add those ancient posts here, but that will be a painful day that I have to reread that drivel. Still, I will, because unwittingly this website has become my autobiography. It has been a marvelous way to keep a record of my life for the future and for my own references. Last night, I was in a fabulous mood. I had just finished my last test and was free for winter break from college. This semester has been exhausting for me, so I was celebrating my three weeks of freedom with a delicious half bottle of champagne from ALDI and rereading my posts from Paris and Turin this summer. I had just the most delightful time reliving my past, musing at the developments, and giggling at the nonsense. I like the idea that this will live on forever. In my will, I need to find a way to stipulate that my domain and website name need to be paid every year so that this place can go on in perpetuity. I am just filled with contentment knowing how much I have here and how quickly I can go back and remember when I’m feeling low. As you will soon read, I have severe cabin fever. I need to get out, but until then, I can at least go back to Berlin and Luxor and Cairo here. And, by the way, like nearly every single thing I have ever bought there, ALDI champagne is suspiciously good. Go get some. 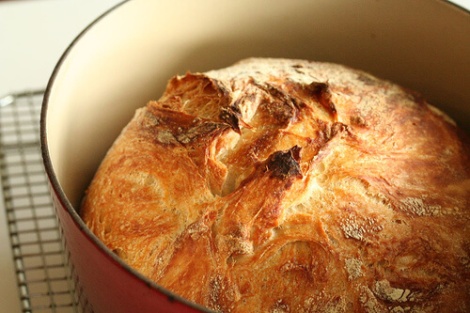 I am well aware that I have spoken about this at least once in the recent past if not way more than that. No Knead Bread is one of those suspiciously simple things to make that are way better than they have any reason to be. I have made probably a hundred loaves, and each one is successively better than the last. I have a whole system now. I double the recipe (which is here) and swap out a cup of the all purpose flour for whole wheat flour. This is a fabulous idea, reader. It tastes like a good loaf of sourdough without having to fiddle with any natural yeasts and starter. I have a kit to make sourdough starter, but I haven’t managed to do anything with it yet. It’s my idiotic procrastination. I’ll get around to it someday, but in the meantime, I’m going to enjoy this bread. The last one that I made was particularly sensational. I added more kosher salt and a pinch more yeast so that it would puff up a bit bigger. When the loaf came out of the oven, I sighed affectionately over it. The crust was thick and crispy and fabulously golden. I was so happy; it was like being back in a Parisian bakery. It sliced into so many pieces and it’ll be waiting for me for a week in my freezer. There’s no better way to store bread, reader, if you don’t already do this. You just yank out a frozen slice and toss it in the oven for a little while and it tastes just as good as if it were just pulled out of the oven. I’m obsessed. But you understand that by now. It’s such good bread, and it takes no work, and it costs next to nothing. Go bake bread, reader. 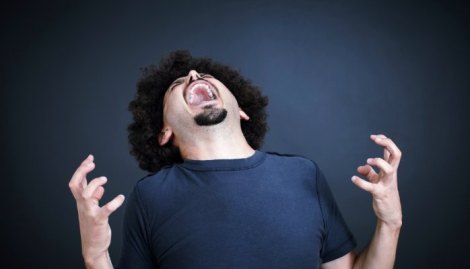 I don’t have a trip planned, and I’m losing my mind. One of the things that helps me live a happy life is knowing how many days and seconds and minutes and months it us until I’m somewhere new. I love traveling. It’s everything to me, and not having a place to visit is absurd. I might go to New York in March, but that’s a million years away right now. And it’ll be cold. UGH. I have a billion more ideas about the summer, but nothing is planned. I need to do some intense saving and recycling and whatever else I can do get a few coins together, because I have to get the hell out of here. I’d go to Syria or South Sudan right now just for something to do. I don’t mean to whine and complain, reader. Really I don’t. I am fully aware of how blessed I am to live the life that I do and to have seen the things that I’ve seen. But my constant state of travel has spoiled me for normalcy. And it’s not so bad in the spring and the autumn. There’s still places to go and things to do and walks to take outside. It’s the prison of winter that really gets to me. There is no force in heaven or hell that can convince me to go for a five mile walk when it’s below freezing. I am not going to sink into slush or get hypothermia in the name of health. Iowa is just the most inhospitable of all places. If you have never been here, it’s hard to understand how wild the variances in weather are. In the summer, it can easily be over a hundred degrees with more humidity than the tropics. This sucks. In the winter, it’s usually below freezing for months at a time with harsh, bitter winds that remind one of Antarctica. This sucks even more. There is very little autumn and very little spring. It just isn’t the greatest place to live if you’re sensitive to the weather. I need a place with constant good weather like Luxor or Los Angeles. That never ending warmth is so good for me. But right now I’m here and I need to go somewhere. Maybe I’ll just go to a hotel for the weekend one of these endless weeks. I do have Expedia points to burn.

This might make me sound like Scrooge or the Grinch, but I really don’t care for decorating Christmas trees or for decorating things in a seasonal manner. I have my rooms the way I want them but then I have to stuff a seven and a half foot tree in there somewhere. Le UGH. But I am slowly working on it. Tonight I’ll get the whole thing finished, but it’s taken me two weeks of determined procrastination and avoidance. I mean, the tree is pretty. It’s tall and already lit and the topper on the top is nice. It’s gorgeous for a plastic tree, but I didn’t remember how much work goes into one of them. I’m used to a miniature one I’ve used for years or getting real ones. This branch fluffing shit is nonsense. I have spent hours, dear reader, bending branches in the hopes of giving the tree the illusion of reality. And it does look real, but who ever would have thought that it would take that much time? I certainly didn’t. If I did, I would have bought a poster of a Christmas tree instead. Then I have to hang all those balls on the branches, and I mean, I’ll enjoy saying balls and giggling about balls, but that simple delight is not going to last me more than a few hours, and it’s going to take more than that to dress up this godforsaken plastic bush. Will one of you come do it for me? By the time this is posted, I assume I’ll be done, but please schedule me into your holiday preparations for next year. Cheers, thanks a lot.

One response to “THINGS I LOVED/HATED THIS WEEK #166”