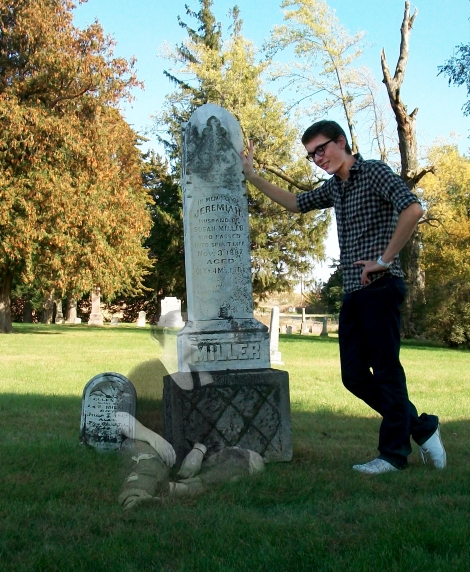 I cannot believe I have abandoned this blog for so long. I remember writing a year ago “now that my life isn’t so exciting, there won’t be much to write about.” While that was true, I have discovered that a blog post doesn’t have to be momentous or important or a novella, but rather a random thought or update. So, it is my intention to try and regularly update. I hate the word “try,” by the way, it seems like a way of saying “I wont’ bother,” so, scratch that. I will update this blog as often as I can.

To be honest, I had stopped caring about this website until I decided that my new business, Le Petit Parisien, needed to have a spot of its own on the Internet. I tried to build a few websites for it, but I discovered that my bakery is such an integral part of my life that it would be irritating to keep it separate from the rest of the site. So, I spent a few days and revamped the place, it is much faster now and much more attractive, in my opinion. I have discovered that my personal tastes alter the look of my website. For the longest time, I have been fond of the antiquated look, so my site has had a very rustic theme, but now I am much more into Art Deco/Mid-Century Modern so the site has taken that up. Also, I realized that all the songs I had posted on my blogs from last year were easy to download, and that is illegal, so, I had to take them down.

Since I last blogged with any kind of regularity, many things have changed in my world, and I will post blogs on them in the coming days. Probably the biggest change is that I have a new pair of glasses. I had worn my beloved pair by Armani for two years and I still treasure them, but the Mad Men craze captured me, too. I haven’t watched a second of that show, but the images of it have totally inspired me to recapture the elegance men and women had in the 50s and 60s. So, I bought myself a pair of those giant glasses all the hipsters wear, and I look pretty fantastic in them. If you want a pair, you can find them for under $20 on www.zennioptical.com, my new favorite bargain website. These are prescription glasses, too!

Since last August, I have been trying to get healthier and a year and some odd months later, I have finally lost over fifty pounds and feel comfortable in my own skin at last. I will detail all of this in the blog soon. I am ready now for when Tyra lets men on America’s Next Model. I don’t have the abs, yet, but there is something there that wasn’t there before, so I have confidence they will poke out soon. I’m giddy with excitement for that! In other health-related news, I have been a vegetarian for about two months now, and I couldn’t be more proud of myself. I have been trying to stop eating meat for years, but I finally found the resolve to do it.

I have launched my own company, Le Petit Parisien, an “on-demand” bakery. You can find what I make and what I charge by clicking on the “Bakery” button. I’m very proud of the menu. I think it is extensive and affordable with something for everybody. I hope that with the Holiday season approaching, the business will prove to be highly profitable. Someday soon I will be opening a physical bakery, as well, so I will keep you updated on everything in regards to that!

I have had a very productive year with my writing. I can now say with confidence that I will finish two books in the near future, Terrible Miss Margo is quickly drawing to a close and if I stick with it, I think I might finish it before the Spring comes. I am delighted to be so close to actually completing a novel. Even if I have to self-publish it in the end (though I hope not) I can say to people that I am an author. I have been saying that since eighth grade, and it feels so rewarding to mean it.

For years, I have thought my singing voice was atrocious and a disgrace to music, but I realized that it isn’t all that bad. I can rock some Patsy Cline with the best of them. I really love singing, and I hope to record a song sometime. I want some fun auto-tuned, meaningless pop. It’s the kind of music I love. I mean, if Ke$ha can do it — why can’t I? If not pop, then a cover of a Patsy Cline song or a Christmas carol. My album will be quite eccentric.

The biggest influence on me lately has been Martha Stewart. I have been hinting at this for a while, but she has totally revolutionized the way I function. I want to make everything beautiful and wonderful, whether it be the way I paint a wall or the way I organize recipe cards — there’s always a way to make it better. Many people can find Martha overwhelming and think she talks down to people, but to me, she seems to be demonstrating that there are better ways to live. Even Martha knows that lining the back of a bookcase with fabric isn’t necessary, but it adds beauty, and when you are surrounded by order and loveliness, everything just seems better.

So, I will be writing more on these topics and a whole lot more very soon. I have a list of things that I need to comment on. I can’t believe that I didn’t share more with you over this year. I didn’t say a thing about my garden! It was gorgeous. Next year it will be better.

I will be back soon!