I literally could not get out of bed this morning. “Shit,” I muttered, “I’m dying.” I didn’t panic, but I really didn’t want to die. My hair was not looking at all good and there were dishes in the sink. How embarrassing it’d be to have my corpse found in such a manner. If I could have reached my hairbrush I would have been content to pass on. Oh well, I thought to myself, at least I’ll die in Paris and get that spot in Père-Lachaise I always dreamed of.

After a few worrying moments, I found the strength to get up, and after a venture into the restroom, I discovered that I wasn’t really dying. I was just frighteningly dehydrated. Like…I probably should have gone to a hospital for an injection of fluids. But, I didn’t know where to find a hospital, so I started chugging water. As I did so, it was amazing how much better I began to feel. No wonder I was looking like a zombie. It was as life was pouring through my veins again. I’m accustomed to drinking about five liters of water a day, and on these few days in Paris, I’ve probably been getting less than one a day. I just have been far too busy and doing far too much. I’ve learned my lesson, though.

It was much too late to bother with the Musée d’Orsay, so I decided to venture off to the Bibliothèque Nationale to see an exhibition on the life of Édith Piaf. She has been a tremendous impact on my life. In 2007, when I visited France for the first time, there were posters all over the Métros for a film titled La Môme.

It’s fantastic! Honestly one of my favorite movies.)

I was drawn to the image and dowloaded an illegal copy of La Môme when it became apparent that it wasn’t going to open anywhere near me in Iowa. Nothing ever does. It’s a bit of a cultural wasteland, which is why I escape it as often as I possibly can. (I have no idea how we managed to get a screening of my dear Joan Rivers’s documentary.) My French was abysmal back then, and I understood maybe a third of the film, but I loved it.

And I watched it again and again and again. The story of Édith’s life obsessed me and I was overwhelmed with love for her music. I began to collect as much of it as I could. I have every song that’s ever been released now! Let’s listen to one:

More? All right by me. Here’s my favorite of them all:

And as the years go by, my love for her grows stronger, so not even the rain that was pouring down on Paris could keep me away. It was a soggy journey, but not difficult, and I was rather charmed by the Bibliothèque Nationale (their national library). There are four buildings that face each other that are designed to look like open books. Clever.

I’m still young enough…for a few weeks…to get a reduced ticket, so it was only seven euros to get into the exhibition. I would have paid much more, though. It was fabulous. 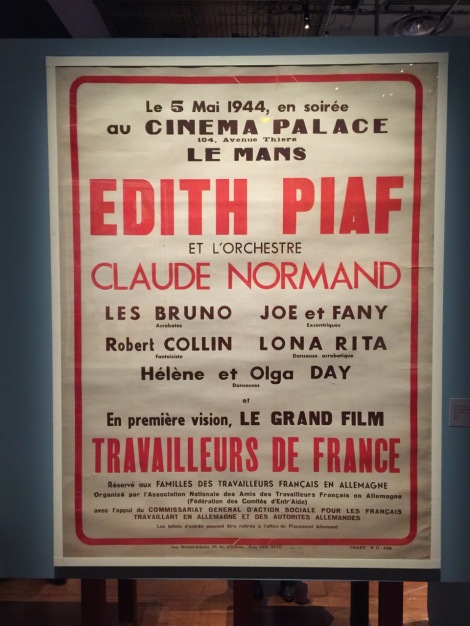 I was enchanted from the moment I stepped inside. There were letters to and from her. Hundreds of pictures that I’ve never before seen in my life. There was an audioguide explaining the memorabilia, artifacts, which also played her songs. Screens were everywhere with clips from the films she had been in projected onto them. I got a bit weepy, but I kept it together. Her lover’s boxing gloves were displayed as was her iconic little black dress. What a sight to see all these things! You could even do karaoke. 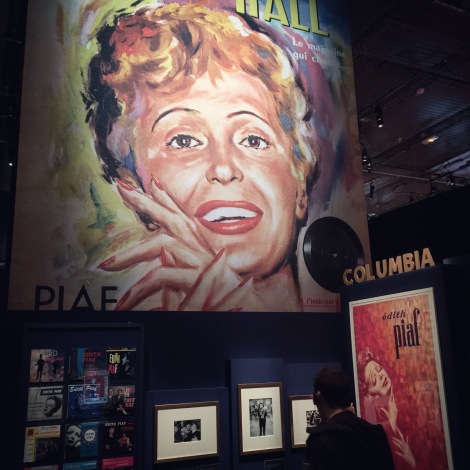 And then at the end was the Academy Award that Marion Cotillard won for her brilliant portrayal of Édith in La Môme.

That was an incredibly fitting thing to see on my last day in Paris. Her acceptance speech is the most touching I’ve ever seen. Let’s relive it together:

Paris was absolutely freezing after all the rain, so I hurried over to the Grande Mosquée de Paris for a nice glass of mint tea in their courtyard. This is one of my favorite things to do in Paris and one that I recommend to anybody who goes to Paris. 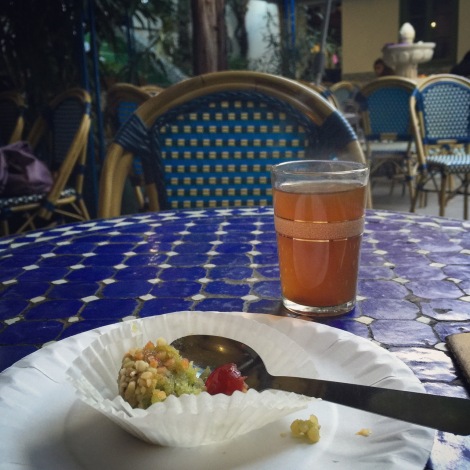 For an hour or so, you’re in a different world. It feels like a nice little café in Cairo, quite honestly, and nothing compares to that wonderfully sweet mint tea. The cakes, the names of none of which I know, are moist and delicious, and it’s enchanting. If the weather is nice, the place is packed with people sipping tea or smoking a shisha pipe, (I always regret not trying that out in Giza…oh well, next time), and there are always birds all over that will hop from table to table looking for bits of cake that you missed. It’s a magical little place that I love with all my heart.