When I eventually become a celebrity for whatever reason — I’m not picky at this point, I have always assured myself that an overpriced fragrance will be one of my first projects. I’ll have an entire range like Paris Hilton. A weird scent that I love so much is the aroma of chlorine. If I could pipe that smell through my house, I would have already done it. That smell takes me back to all the hotel pools of my youth. Every time I smell it now, I have the happiest thoughts flood back through me. I don’t have any actual memories of those hotels, because my childhood has either been repressed or misplaced, but I get this aura of the past that I enjoy tremendously. While I was away this summer ABROAD, my pearly white towels weren’t laundered with the usual dedication…still not over this. So, I went to Walmart and I bought bleach. Didn’t do all that much. I tried bleach crystals, but I didn’t notice too much of a difference. Finally, I found a bleach powder that was hella cheap, and I am beyond obsessed with it. I added it to the washer, and immediately the bleach turned the soap red, which worried me, but it also released that chlorine fragrance. I was in heaven. Now all my towels and robes and white shirts smell like they’ve been soaking in a pool. It’s great. I assume this is not a super popular scent. Anyway, I’m going to stock up on these powder packs before they disappear because they made my whites WHITE. So in love. My other fragrances would smell like rosemary, thyme, vetiver, and that peculiar way Egypt smells. I don’t know what it is. It’s probably garbage and camel dung and something else awful, but it’s not unpleasant. Quite different from bleach…bleach everything, dear reader.

“Will & Grace” Return for Election:

The other day, I lost my mind. I still haven’t found it. Megan Mullally, the fabulously talented actress/singer who played Karen Walker (my spirit animal) on Will & Grace sent out a picture of her on the set of that show.

I remember this place.

Then other members of the cast started to do the same thing and I literally felt my heart nearly jump out of my throat. I LOVED Will & Grace when I was growing up, and I really think that those characters helped mold me into the person I am today. You know that thing people have been doing on the internet where they describe themselves in three fictional characters? One of mine would absolutely be Karen. I drink martinis every day like her and regularly giggle while making inappropriate jokes. If I could get my hair like hers, I would wear it every damn day of my life. (If you were curious, the other two fictional characters that define me are: Patsy Stone and Amelia Peabody.) Clearly something was about to happen, dear reader, something that I could never have prepared for. Instead of a brand new season of the show, the cast got together to film a political plea for voters to support Hillary Clinton. I’m with her, so I was down for this. Every joke landed, the characters felt as if they hadn’t been gone for a decade, and I haven’t chuckled so merrily in ages! When Karen talked about building a wall and shooting at Rosario, it was of course offensive, but so funny. I’m going to post the video here so that I don’t just type out every joke, they are funnier when you see it live anyway.

It would be amazing and a dream come true if the show were to come back in someway, but I doubt it. Wouldn’t it be a delight if they had Christmas specials or something, though? I’m all aquiver at the very thought! This little, ten minute reunion just made me so happy. It made my entire day. And it was a pretty shitty day, but it was so much better because of those fictional idiots. 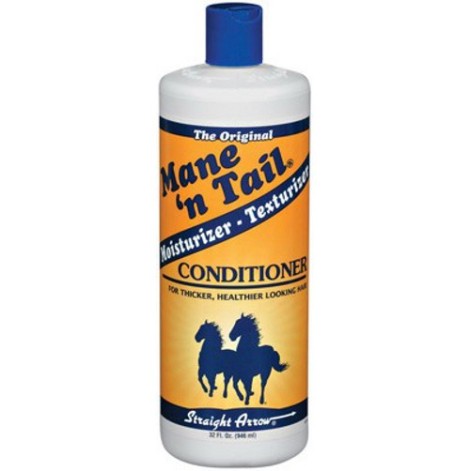 I’m going to talk about beauty treatments later on in this post. I think being radiant and lovely is one of the most important things you can do for yourself and for the entire world. Is there nothing kinder than sharing your glorious visage with the plebeians? I’m working on making my skin glow currently, and as you’ll soon read, I’m well on my way. My hair, though, has been a struggle for some time. I thought that I had found the miracle cure in LUSH shampoo bars, and for the longest time, it really helped me. But, even after my hair and scalp had adjusted to this new form of cleaning and stopped relying on conditioner, I was frustrated. My hair was dull, and it was coarse, and it just wasn’t what I wanted. But I wasn’t ready to go back to traditional shampoos and conditioners because they never work for me. I was sure nothing was going to change on that front, so I tried out something I learned from BuzzFeed. Unlike most of their usual garbage, this is a pro tip that actually worked, and it couldn’t be simpler. All you do is condition your hair and then you shampoo and then you’re done. I slathered my curls with horse conditioner, sure it would weigh my hair down like usual. Then I cleaned it with my LUSH bar and then it air dried and then I SCREAMED! My hair was light, shiny, radiant, wavy, voluminous, and beautiful without product. I can’t get over it, dear reader, and so I must share this tip with you. Maybe you suffer the way I suffer? We don’t have to anymore. We can be beautiful again. Live for vanity. 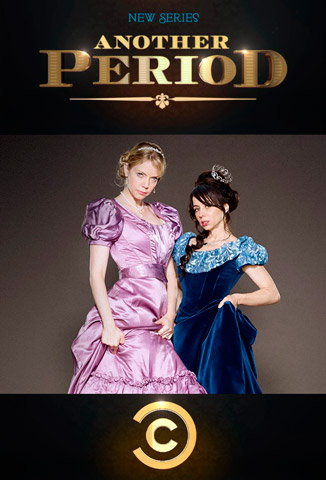 I rarely watch television these days. I don’t say that for some annoyingly pompous moral reason. I’m not better than you since I don’t tune in often. People who think like that make me want to move to the desert and live out the rest of my life on lentils and chickpeas. I’d be quite happy with that, I think. Anyway, I have been meaning to watch that Stranger Things show, but haven’t gotten around to it. All I see is American Horror Story and reruns of Murder, She Wrote when I can’t get myself to sleep. One day, though, a few weeks back, I wasn’t feeling all that well and I stayed at home instead of going to work. I soon got tired of moping listlessly from one room to the next in the hopes that it would make me feel more like myself. It certainly didn’t. Finally, I flopped onto the couch in my lounge, much to the irritation of Clea, my cat, who has claimed it as her throne. I decided to flip through the channels on my Apple TV and see what there was to see. For some reason, and I was on the app for Comedy Central and came across a show called Another Period. I was instantly enchanted. It’s like a modern reality series set in the gilded era of East Coast socialites. The strorylines are ridiculous, the lines are crass, but the entire effect is fabulous. The secret to its brilliance is in the quality of the performances. Each of these episodes contain acting that is genius.

It’s Emmy worthy, but because of the sordid content of the show, I highly doubt that it will earn one. For example, one of my favorite episodes has the socialite sisters thrown out of the familial mansion and then they have to try to live a life that they find suitable. Fame is clearly the only option. They are jealous of Harriet Tubman’s glorious success and decide to have her mentor them. “We want to be famous like you, but still pretty like us,” one says just before I choke on my own cackles. You have simply got to watch, dear reader. Its wildly inappropriate, but so smart.

Treating Myself to BEAUTY: 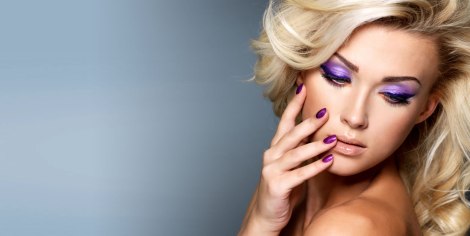 Ever since I turned 27, I have known that I am old. I am elderly. I’m past prime modeling age. The acting career I never wanted is dead. Most dreams are decaying. At least I can still write and walk and that stuff, but it’s so boring, and that disease is going to put me in a wheelchair eventually. UGH. I just want to glide through life on the power of my good looks. It worked for so long, but senior citizen status crept quickly up on me. Now my eyes look tired all the time. My skin looks meh. My hair looks meh. My body tone looks meh. So, I have decided to start treating myself to as many beauty products as possible in the hopes of restoring my vanity and living my best life. I have been living off of Birchbox samples for years, which has always worked well for me — I heartily recommend that box, even though the men’s one is unfairly priced — but I decided to hop on Amazon and buy some full-size products. I bought herbal toner and a little machine that deep cleans your face with micro something or other and MUJI face wipes and all sorts of little things to add to my arsenal. I’ve already got this light therapy mask that’s like a lame imitation of professional dermatological lasers and Aztec clay masks and moisturizers of all kinds. I have convinced myself that using all of these things will restore the youthful glow that I didn’t know I had until it vanished. I’ll look 17 again soon. Except this time I won’t be fat and I’ll know fashion and I’ll know how to deep condition my hair. That will make a world of difference! And, I will just keep getting more. I want to get into serums and then the hardcore world of Botox. But I’m holding off on the Botox for a few more years, at least one more year… I was pretty excited for a while because Botox injections in the leg muscle is supposedly really good for Multiple Sclerosis spasticity, but that symptom has long gone away, which I’m glad for. I’d rather have Botox in my face anyway. So, if you catch me looking radiant, you know what my secret is: an unhealthily large supply of beauty potions and a ruined budget. I’m sure it’s worth it.

Mail Cat’s first Valentine’s Day was a success. He loved his flowers and treats and special card from @japhillips1991. We’ve lost our minds. #¯\_(ツ)_/¯ #CATS
This was a highlight from today. A student surprised me with my last name in hieroglyphs (the last row) after today’s lesson. #weeping #egypt #middleschool #blessed #ancientegypt #egyptology #wonderfulthings
Very normal conversation with my mother. #¯\_(ツ)_/¯
Took this picture eleven years ago in the courtyard of my apartment in #Paris after finishing classes for the day at @lecordonbleuparis. Missing it a lot today. #¯\_(ツ)_/¯ #CATS
Absolutely thriving today in my #Lagerfeld finery. #Karl #¯\_(ツ)_/¯ @karllagerfeld
The #BLESSING #of #BOTOX #¯\_(ツ)_/¯