I’m back from my whirlwind summer, dear reader, gird your loins for an onslaught of postings!

Since my Multiple Sclerosis diagnosis, I have been furiously researching different ideas and theories about optimal health. I’ve looked into exercise, Botox injections, different medications, natural remedies, various teas, and different diets. The most promising thing seems to be diet. You can do tremendous things and change a lot about your body just by altering what you put in your mouth. I kept coming back to the Mediterranean Diet, so I decided to adopt a tweaked version and see how it impacted my health. It’s not all that different from my current vegetarian diet, just a bit less dairy. And fish. But I’m not doing that. I’ve had a few pieces since, but I just don’t think eating fish is part of my journey. I felt too guilty. And broccoli is just as good. Another thing that I had to change was the addition of red wine. I didn’t really care for this variety at the time, but very quickly I learned to really enjoy slowly sipping a lovely glass of Merlot every night. And I truly do feel that these changes to my diet made me feel good. In addition to this, I tried to do a bit of exercise everyday to recreate the lifestyles of peoples in the Mediterranean. Cheap wine is the best wine, of course, so I bought the Winking Owl variety at ALDI and loved it completely. I laughed at the wine boxes because I wasn’t an old person or a suburban wine mom. But then I bought one, and reader, and oh my dear reader, I was shook to my core. The red blend box is the definition of fabulous. It’s ten dollars and it holds the equivalent of four bottles. You simply yank out the spout, sit it in the fridge, and suddenly you have red wine on tap. And it’s really good. Like, I know I’m not a sommelier, but I love it. And if I learned anything from watching wine tasting videos on an airplane’s entertainment system, that’s the most important thing. I have no need to buy anything different. 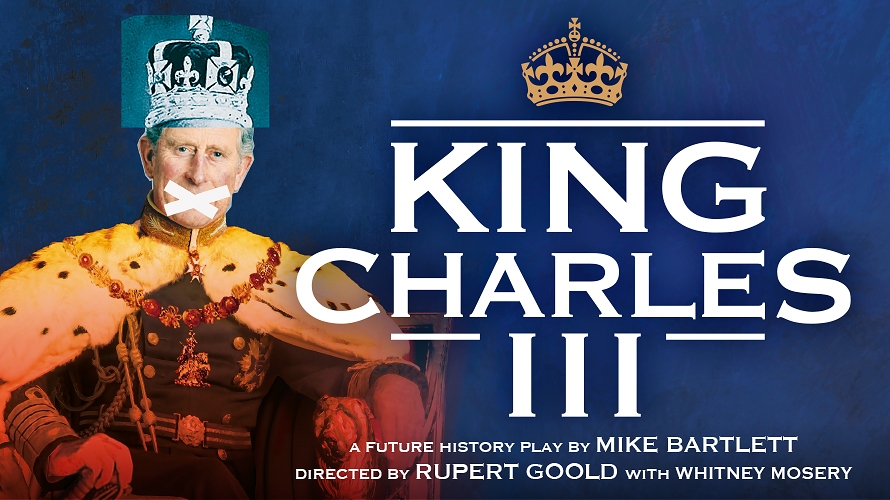 I have a lot of theater regrets. There are shows that I wish I had seen, so I listen to the soundtracks or read the scripts or watch film adaptations. They aren’t the same. Nothing compares with sitting in the dark with other hushed theatergoers, suspending our disbelief and spending three wondrous hours with new characters. It’s simply one of my favorite things in the world. I often wish I were an actor, but I’m not sure I can act. I don’t think I can. That’s irrelevant. When I went to New York City years ago, right after the Bataclan attack in Paris, I was spiritually restored by seeing An American in Paris. And even though I had a wonderful moment and wouldn’t change it, I really wanted to see King Charles III, too, which was doing a limited run in New York. I accepted that I’d probably never see it, and put the play in the back of my mind. Then one day I read that Masterpiece Theatre on PBS was doing a filmed adaptation and I squeaked happily. I finally had a chance to watch the film, and I found myself riveted to the screen.

The story revolves around the position of the British monarchy after the death of Queen Elizabeth. Prince Charles assumes the throne and immediately clashes with the prime minister over a proposed privacy law. The prime minister is surprised when the new king is opposed and considers it a horrible move. Denying the law would allow the paparazzi and the press to continue publishing horrible photographs. Seeing as Princess Diana’s death is allegedly the result of paparazzi, everybody is concerned why he is opposed. The king is surprisingly understanding of the palace’s influence and the importance of free speech. And so, he opposes the law and refuses to sign it. This causes a constitutional crisis that begins to tear the nation apart. The end result is spectacular, reader, and I urge you to become a viewer. The acting is divine. The writing is delicious. But more than that, the questions that are raised are perplexing and challenging. I have been thinking of it regularly since my first viewing. I very rarely repeat films, but this is one that I find myself going back to. It questions morality, custom, tradition, and the role of monarchy in the modern world. I think it’s a masterpiece.

This summer, Jessica and I went to Kansas City to celebrate her birthday. I firmly believe that everybody should do something exotic and thrilling for their special days. I refuse to be anywhere dull or uninteresting. I had a thrilling number of points on Expedia, so I was able to book a very nice hotel, the Hotel Phillips, for twelve dollars. This made me cackle luxuriously. We were excited to explore the city, look at art, gorge ourselves to dangerous levels at the Waffle House, and visit the zoo. But more fabulous than any of this was the thrill of visiting IKEA. We love that store with more than an unreasonable passion. The food, the cheap bookshelves, the plates, the cups, the as-is aisle. It’s all fabulous. For the longest time the Minneapolis IKEA was talking to me constantly on Twitter about the IKEA Monkey. That was a strange time. They used to know when I was in the store without me announcing it. Pretty sure they were stalking me. Isn’t that fun? And we love to imagine we live in the rooms that are already set up. I would love nothing more than to have an IKEA styled apartment. Anyways, we went there on the way back to Iowa and we lived our best lives as our most authentic selves. Things were glorious, and I stocked up on millennial pink plates, gorgeous bakeware, a decadent tea steeper, frames, towels, an inordinate number of my favorite ziplock bags, and on a whim I tossed in a portable charger. These devices have become mandatory for a good number of people, and I’ve gone through a few. They are lifesavers. At that time, I was stressing about my phone on my upcoming sojourn to Mexico City. My beloved iPhone is aging, and the battery rarely lasts until dinner. I knew that I’d be out and about until all hours of the night, and it would not do to have a dead phone. I bought one of those Mophie cases, but it was far too enormous and doesn’t charge the phone back to one hundred percent. So I grabbed this affordable charger at IKEA. I didn’t expect much. I expected it to charge my phone. That was it. But reader, I fell absolutely and madly in love with it. It holds a tremendous amount of power and I’m able to recharge my iPhone Plus over two times. That’s insane! It’s a bit bulky, but it still fits in my pocket and kept me charged and thrilled. I couldn’t be happier with a spontaneous purchase. I highly recommend it.

My international destination this summer was Mexico City. I discussed this with you all earlier when I booked my trip. I didn’t know a lot about the place, even though it’s so near. That’s embarrassing because I have many friends who are from Mexico, because I refuse to have ethnocentric views, and because I hate not knowing everything about everything. So when I booked the trip, all I knew was that I might find good street tacos and drink tequila. I hardly expected to fall head over heels in love with the city, but that’s what happened. I met the nicest people from the second I landed in Mexico City, and that hospitality carried on until the second I took off. My return to America was a shock, honestly. I had forgotten how brusque we are, and, how rude we are, and how generally unpleasant we are. You don’t realize that until you go away. I miss Mexico with my entire heart. But I’m not telling you anything yet! Forgive me. The city struck me as the strangest and most wonderful lovechild of Paris and Cairo. That’s a weird combination, I know, but that’s how it feels. It has the gorgeous architecture of Europe, and it has the wonderful chaos of Cairo. I felt right at home. The first night there, I walked down into the Zocalo and nearly lost my mind. There were covered sidewalks illuminated by soft yellow lights. I was next to crying because it reminded me of Turin so much. I felt like I was in Italy, but I was only a few hours from my home. The architecture soared up beautifully, and I felt I was in Villefranche and Nice again. The bartering, the small shops, the wild traffic, the deadly scurry across the road, and the intoxicating aromas of street food recalled my happiest memories in Cairo and Luxor. I was completely satisfied with my journey to Mexico’s capital. I wish that I had never left. I wish I lived there now. I adored the Metro and the cemeteries and the glorious Catholic churches and the marvelous felines that roamed the streets. Each day I was there, I found something new and wondrous to delight me. I won’t go into too much detail right now because I’m going to start my travel narratives soon, so just know that Mexico City completed me. I miss it with the aching heart I have for Paris and Luxor.

When I was in Mexico City, I made the most magnificent discovery, the tloyaco. When I first arrived in my new favorite North American city, I was deeply concerned about finding vegetarian options. As ever, this really shouldn’t have concerned me so tremendously. It’s wonderfully rare to find places lacking in vegetarian options. I had been warned that I would only find steak and steak and steak. And I did, but there were so many street food options that were vegetarian friendly. In a gorgeous side street next to the Templo Mayor and the Calle Guatemala, I found a married couple lazily flipping tloyacos. I asked what was in this intriguing dish in my oddly decent Spanish and was thrilled to discover that it was totally vegetarian. Inside of a thick blue corn patty — like a pupusa — the tloyaco is stuffed with retried beans or cheese. I had both obviously. This is heated on a hot griddle and then topped with green salsa, nopales (pickled cactus), fresh cheese, and cilantro. It’s a remarkable combination and costs less than a dollar. I gorged myself silly on them. I’m hunting them down here in places near me, but I haven’t had success yet. I might have to make my own. I’m sure it won’t be too hard, there are grocery stores all around that are full of Mexican goods. I’m sure blue corn masa will be easy to find, and we can get cactus at the big grocery store in town. I’m so lucky to live in a diverse place. I bitch and moan and complain endlessly about the monotony and dullness of Iowa, but Perry is blissfully diverse. I must strive to remember that.