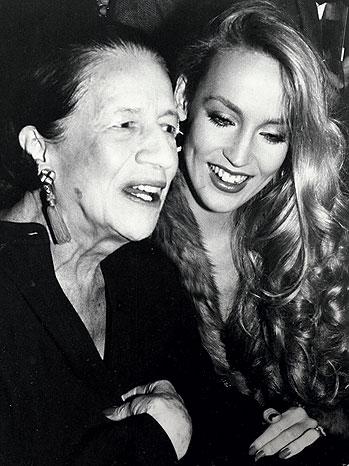 Monday:
Why don’t you teach me how to make a smoothie? I didn’t think this would be the most challenging culinary task of my life, but it has turned out to be infuriating. I always end up with juice instead of a thick and satisfying smoothie. Maybe my new Vitamix blender is just too powerful? I actually think that might be the issue. The flavor of my smoothie tastes almost exactly like the one I love at Jamba Juice, but the texture is just wrong, and I feel like such a failure. Help me. [UPDATE: I did it!]

Tuesday:
Why don’t you get up earlier so that you have a morning instead of a panicky dash out the door with toothpaste stains on your shirt? I have taken this advice of my own maybe twice in my life, but yesterday was glorious. I woke up quite naturally with unusual cheer that morning and it was insane. I brushed my hair and made a latte. I read the paper. I felt like a real human. I fully intended to do it again, but then my better nature took over and I slept as late as I possible could. Still, though, I dream of that glorious morning and repeating it again and again.

Wednesday:
Why don’t you tell me what my wild dream was about last night. It felt like it went on for hours and hours and hours and it had so many multiple storylines that I don’t know what was happening. I was in Zimbabwe for a concert with a friend, but my sister was there and we discovered a secret room with childhood pictures of us, and then then my cousin was there, and then there were pyramids built by New Kingdom pharaohs…all in Zimbabwe. I was having a grand old time. Maybe I should add Zimbabwe to my bucket list?

Thursday:
Why don’t you change the conversation about a subject that is important to you? My dad recently passed away due to complications from a lifelong addiction to alcohol. I have been shocked at how society glosses over this, how they ignore it, how they deny having any problems of their own. At the same time, I have had so many people reach out to me to share that somebody in their family went through the same thing. Alcoholism is rampant in the United States — almost 13% of the population meets the requirements to be considered an alcoholic. At his memorial, I decided that this needed to be discussed. It was so rewarding to hear people thank me for talking about it later. I felt like I was stepping on toes, but for me, it was essential to share.

Friday:
Why don’t you give up on your health for a little while and just gorge on whatever you can find in your fridge and cupboards? I’m going through everything and I’m eating cupcakes for dinner and it’s clearly not healthy, but reader, I’m having the time of my life. I won’t lie about that. It’s been wild. Last night, I made tacos with random single serve guacamole and hummus bowls and some frozen fish fingers. They weren’t bad at all and I’m getting more space in my fridge. It’s truly a win/win situation.