Today, I woke up feeling just fine, which I was glad of. I was in no mood to be a sickly creature today. I had things I wanted to get done, including, going to find Oscar Wilde’s tomb, and going to this park I read about that sounds fantastic. In the end, I only went to the park, and it was pretty neat.

I had a good feeling about the day when I saw that I still had Internet, on the other hand, my phone is still completely useless. You can’t make a call, you can’t receive calls. It’s just an ugly hunk of plastic taking up space. But, I hate phones, so I guess that’s alright.

I went outside to dump my garbage, feeling bad about the amount of plastic I was throwing into the junk heap…I drink way too much Oasis to be healthy. If you had some in America, you’d understand. The closest you can get is Fast Blast, but this is like a hundred times better. And, it has more real juice in it, so it can’t be all bad. It was kind of chilly, so I decided that I didn’t really want to go shiver at Oscar Wilde’s tomb with my notebook, trying to be inspired to write a masterpiece due to my proximity to my Victorian idol. Maybe tomorrow.

I decided I’d rather go shiver in that park…so I headed off for the train. The coach you had to transfer to is one I had never been on. It is very short and the route is just a circle with five stops. It was very new, so that was nice and clean. It was also subterranean. You had to take an elevator back to the surface, a long elevator ride. This proved to be very amusing for me, because when I was at the Russell Square stop everyday in London, the Brits would scream at the top of their lungs creating quite a raucous, but in Paris, the French were very quiet and uncomfortable looking, it was quiet as a tomb and you would have been able to hear a pin drop. It amused me to no end, they all probably thought I was crazy with my wide smile.

Soon, we were back in the sunlight, up the stairs, and presented with free toilets. I wanted to go in one, just to say that I had, but I couldn’t figure it out. There was a sign saying to press the button, but I couldn’t find a button, so I stumbled around looking like an idiot for quite some time before saying, “Screw that.”

I then went into the park, the first thing I saw, was very ironic and made me very angry: 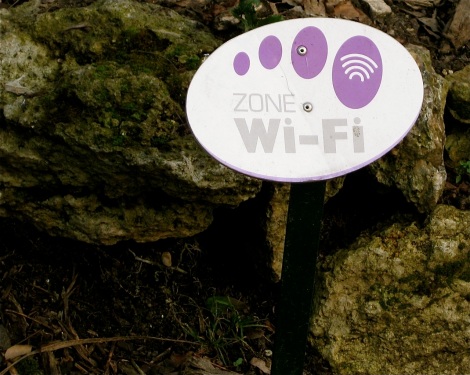 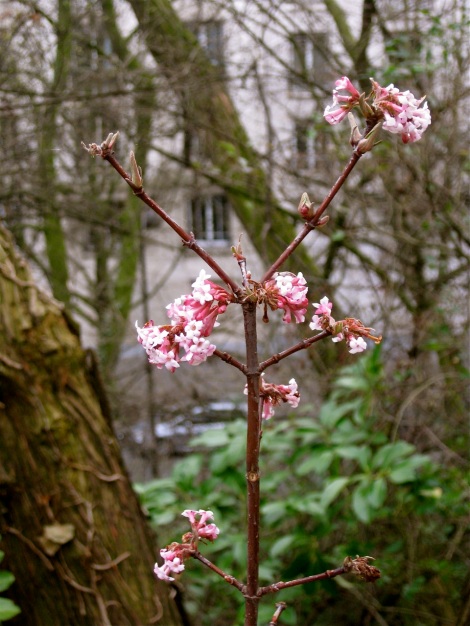 There are many hills you can climb to the top of to get stunning views of the city, but I was more interested in looking at the blooming flowers, because they told me that spring was quickly approaching, and I was very glad for that. I’m tired of winter, even if it isn’t that cold here.

One of the highlights of this park is this temple thing that was built for some reason in the 1800s. It is a recreation of a temple found in Greece. It’s very nice, has lover’s graffiti all over it, as any well-elevated place does, and has even better views of the city. 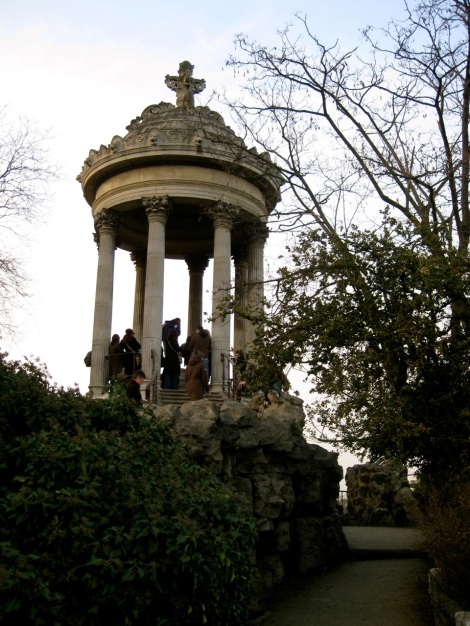 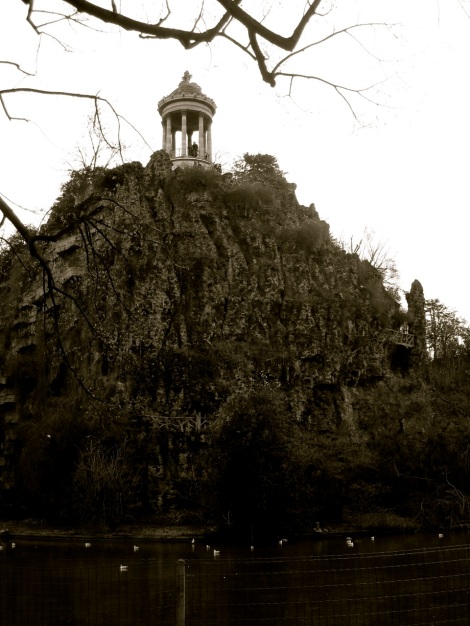 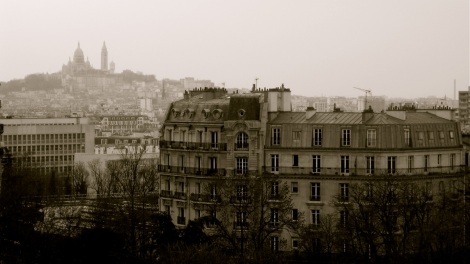 The views of Montmartre and Sacre Coeur were very nice from this little temple. It would have been better if it hadn’t been for the idiotic college students screaming at each other with obvious delight. I really don’t understand what they were doing.

The other highlight of the park is the Grotto which includes a manmade waterfall. In fact, almost everything about this park is manmade. The steps and fences all look as if they are made of wood, but they are made of molded concrete. It is a very natural and interesting, if  bizarre, effect. 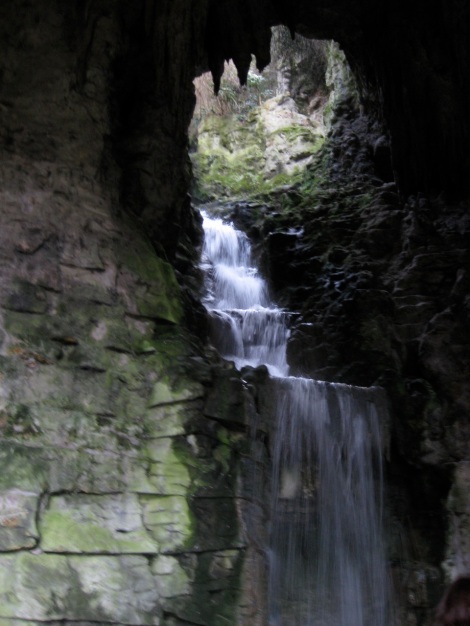 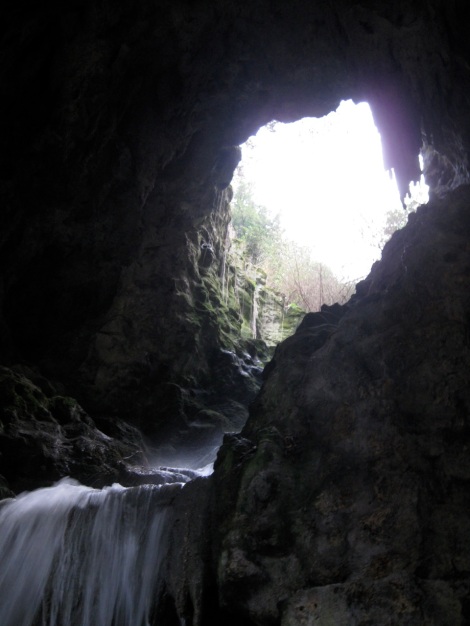 Anyway, the grotto was very pretty, it was filled with flying creatures I thought were bats, but turned out to be pigeons…much scarier. The interior looks like a scene from the Audrey Hepburn movie, Paris…When It Sizzles! That is, at the same time, the stupidest and funniest movie I have ever seen. If you can find it, I’d watch it, if only for the vampire sequence, because it is the epitome of stupidity.

The park had many animals in it, there were ducks and and all sorts of birds and dogs of every species and in various states of health. One man was walking what appeared to be a lamb, but turned out to be a very frail looking poodle. I felt bad for it, it was so ugly! The funniest things to watch was all the people running around, looking pained, and unhappy. Why anybody would put themselves through the struggles of exercise in public is beyond me. If I’m going to sweat and look dirty, I’m going to do it in the privacy of my own home, thank you very much. 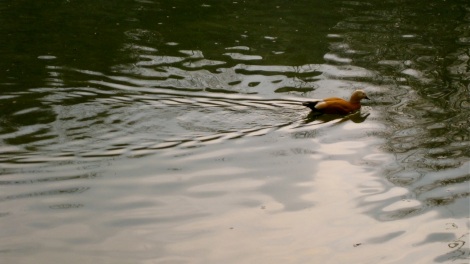 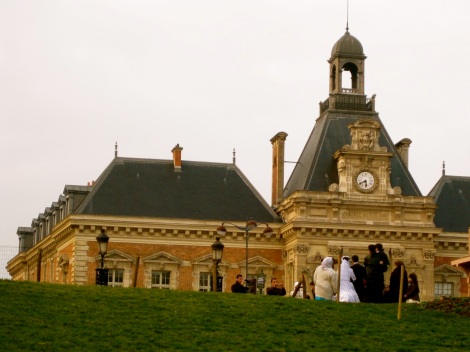 Then I came home to go grocery shopping. I finally found the rice section at Shopi, so I bought two bags of different kinds. I like rice.

I have had a sad thought in my head all day, today is Perry Band Olympics. That is one of the only things I miss about High School. There was something about running Center 6 with Alison and Kylie that goes beyond fun, even if it isn’t that fun half of the time. You get to boss angry parents and band directors around until they explode. On the other hand, you pick favorites, and whisk them to the front of the line for no apparent reason, much to the chagrin of everybody. Then we have cake and decorations…and it’s just fun. I miss it. Maybe we’ll do it again, even though we are too old for it. Oh, who am I kidding, we still go to the Halloween party at Living History Farms. (And look damn sexy doing it, mind you.)