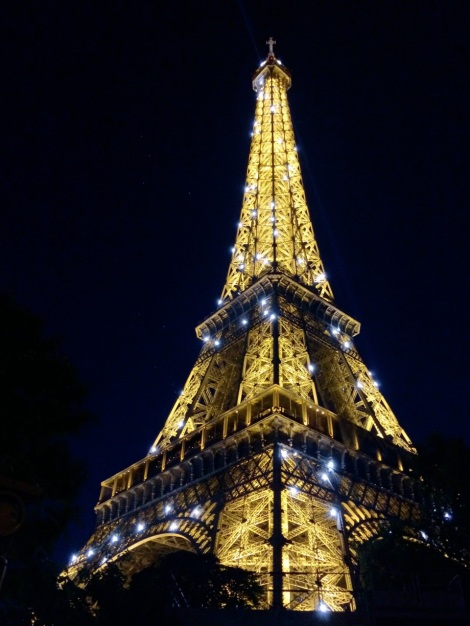 In this world, there are many places that I adore and love with an irrational passion. I could walk through San Francisco until my feet fell off. I could relax in Sarasota until the world ends. I could antique in Stillwater for the rest of my days. The joys and raptures that I feel in those places are very specific, though. San Francisco has a huge homeless population that I whitewashed from my memory. Sarasota is stuffed to bursting with merrymakers on holiday. And Stillwater is only pleasant when it isn’t buried under ten feet of snow. The place that truly makes me feel the most glad and most alive is Paris. There is not a street or corner or building or district of Paris that I don’t adore. There isn’t a shop or a system that upsets me. In my mind, in my world, Paris is absolute perfection.

In my earlier youth, I was terribly blessed to be given Paris. Unlike the other bright youths (and far from bright youths), I wasn’t shipped off to college or university the second I graduated from high school. I was allowed to follow a rather reasonless pursuit and go to pastry school. I have always enjoyed baking, that’s true, but it’s never been a burning passion of mine. I find it strange that my parents allowed me to go and footed the entire bill. That wouldn’t have happened somewhere else, so I wonder if they were trying to be rid of me? I’m not an easy person, after all, I’m eternally dissatisfied and forever slightly melancholy.

Those months in Paris have been wonderfully sanded and buffed in my neocortex and are assuredly inaccurate. But still, these half true memories are always flitting through my mind and I don’t remember anything too unfortunate happening to me. I only remember making friends at Le Cordon Bleu, walking many hundreds of miles as I explored the city, learning better French, and drunkenly twirling in front of Notre Dame after a class dinner. Though I was there a proportionately small amount of time compared to the rest of my life, that time in Paris molded me into the person I am. Or, maybe it just enhanced who I already was? The difference is unimportant. I love Paris and to me it’s my hometown.

So, you must forgive me that I haven’t written quite so much during this past week. I’ve been settling in, revisiting old shops and sights, eating far too much, and having an enchanted time. I’m more at my leisure in France, I don’t know why that is. In America, I’m very unhappy. I’m terribly dissatisfied. I feel a bit of my brain and my creativity and my individuality being eaten away. Not in Paris, though. Paris is perfect. For me, a restorative walk through the familiar streets of my city has been exactly what I’ve needed for so long. I haven’t been myself in quite some time.

Instead of getting all emotional on you, I suppose I should tell you all of the lovely things I’ve been up to.

I was glad to leave London.

I appreciated being there, don’t get me wrong, and I loved being able to explore the city in more detail than I’ve ever had the chance to do before, but London is simply not for me. It’s too expansive, it’s too unorganized, it’s too expensive, it’s too commercial, and it’s too…I don’t know what word I’m looking for…something like hurried, but not quite.

I will always adore the British Museum and Kensington Gardens and Portobello Road, but the city doesn’t hold my affections for a moment. It will be forever a tourist destination in my mind. Lovely for a few days but not for the long haul. No thank you.

It was the simplest thing in the world to get to Paris. The Eurostar is a blessing. You get yourself to St. Pancras station, go through a leisurely security check, and go for a two hour ride on a comfortable train underneath the English Channel. That’s a remarkable bit of engineering, that. I wonder why we don’t have more underground trains? I often wonder why we don’t have more trains in general. America is very foolish. Trains are amazingly efficient, usually affordable, and entirely more pleasant than the harassment and confinement you go through to get on an airplane. I adore Amtrak, of course, but it’s not a high speed train. We need them desperately back home. In fact, I once seriously contemplated a gubernatorial campaign solely based on getting high speed trains started.

Even the public transportation in Paris is the epitome of class. London’s Tube is a constant misery. The trains are small and cramped and inelegant. Not in Paris. We were soon making our way through the bowels of the city to meet Sandrine and Damien, the couple from whom we rented our apartment in Clichy (a suburb of Paris). I’d never been to Clichy before or every considered going to Clichy before, but it’s perfectly fine. It’s a short distance from the city, very ethnic, and perfectly lovely. I don’t mind it at all, but it’s not quite the same as waking up in the Marais to the bells of Saint Paul, you know?

We met our hosts at the train station and they were absolutely charming. I chatted with Sandrine about the markets and parks and different buses out and about and I was so happy that they were kind and not murderers. The apartment is about ten or fifteen minutes walk from the Métro station and was a blessed change from that hovel we had rented in Hackney. Everything is clean here, the toilet flushes, there aren’t ants in everything, the windows open, the television works, the shelves are uncluttered, the area feels safe. It’s perfect.

We took a little while to settle into the apartment, unpacked, and went down to the grocery store across the street where I was reunited with my old love:

That stuff is basically ambrosia to me. I drank all two liters greedily. I’ve since discovered the tropical flavor and it’s almost as good as the original orange. It’s got passion fruit in it, though, so I clearly obsess over it. Passion fruit is wonderfully well represented in Europe, which is a glad change from America.

I also fell in love with this wonderful machine:

I love this thing.

It makes better coffee than almost any café here in Paris. The coffee in France is typically awful since they procure most of their beans from their territories and colonies around the world. There, they grow robusta coffee beans which are vastly inferior to the arabica beans that we are more accustomed to. If you go to an Italian café, though, you’ll have much better luck with a tasty shot of espresso since they import arabica based coffee from Italy, where it’s imported from somewhere else. Coffee isn’t a very ecologically friendly thing, is it?

Jessica and I were delighted to hurry back into town to dine at our very favorite restaurant, Iolanda’s, which is a few blocks away from the Eiffel Tower. This is a tourist restaurant, completely and absolutely, but I love it. The reviews on Tripadvisor are dismal. They are awful. But, the restaurant is a trap only if you let it be. My family is wise to the ways of French dining and I think that’s how we avoid having an unpleasant time. No normal French person is going to order a bottle of water, for example, they will instead ask for un carafe d’eau — just some tap water. This seems to be a signal to the waiters that we are not to be trifled with by offering obscure beverages at sky high prices. The pasta is always divine and we had a wonderful time watching the other diners make huge mistakes around us and order beer that costs €16.

From Iolanda’s, we headed over to watch the Eiffel Tower light up in sparkles, as it does on the hour after dark. And it doesn’t get dark here in Paris until very late, after ten o’clock. That’s one of my fondest memories of Paris from my first visit. It was getting later and later and the sun was still shining down. This is a heavenly place, truly.

I was going to go on and on, but that’s quite enough for this post, I think.