I have long been a massive fan of the Tiny House Movement. It’s all about living in small spaces that don’t give up the comforts of massive dwellings. They’re cheaper, ecological, and oftentimes very beautiful.

I’m always saying to myself, “Your family owns an ass-ton (actual amount) of land, you should plop something down somewhere!” I have thousands of pictures of tiny houses and the doorknobs I’d use and the switch plates I’d die if I didn’t have and even the solar battery that I want. I just never built it. So, when I booked this apartment in Nice, which is a small studio, I decided that it would be a great way to decide if the Tiny House thing is really for me.

Turns out it’s not. This is me in my tiny apartment:

And this is me looking around it:

I’m not saying I need a manor, but I need a few rooms. I absolutely have to have a kitchen (with dining area), a bedroom large enough for a king-sized bed with a door that shuts with a walk-in closet, a bathroom that is big enough for a clawfoot bathtub and marble vanity, and a sitting room that will comfortably hold my books, nice couch, coffee table, and fireplace. A balcony won’t hurt, either. AND A GODDAMN AIR CONDITIONER. There’s none here. I lose liters of sweat every damn day. It’s the absolute worst part. I can deal with hitting my head while washing my hands, and I can live with a futon, but leaving a trail of sweat is unacceptable.

So, I think it’s good that I’ve been here, learning about what my needs are for my future dwelling. I’m not so into the tiny houses now, I’m more into a cottage. A cottage would be just right. Built out of brick. With a walled in garden. And gravel paths. And a dishwasher. And a basement with a wine cave…I’ll move on now. SOMETHING LIKE THIS: 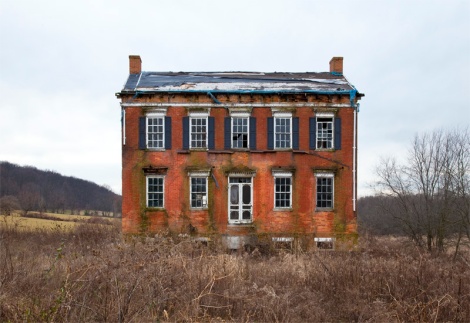 People are always telling me that I’m rich. Which is cute, but it’s not really true. I just know how to travel without spending too much money. That’s why I’m in this sardine can. But, this allows me to buy clothes and eat at out without worrying about blowing my budget. Sure, I’d rather spend a month at the Negresco: 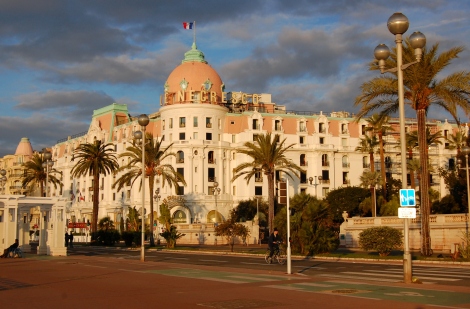 …but that costs about $500 every night. My maids quarters cost about $30 per night!

Nice didn’t have my heart from the start. It was far too warm, and I really didn’t know where the hell I was. I know Paris like the back of my hand (that’s a dumb saying), but Nice was an utter mystery to me. Now that I’ve had time to explore and figure out the culture and formulate a mental map, I’m really enjoying it. It’s still too damn hot and I hate my refusal to wear anything but black skinny jeans. Why am I like this? Karl Lagerfeld is in Saint Tropez, he’s not going to discover me here. But still…you never know when you need to look good. My hair was in a bun, as it is every day here. I try to do fun things with the newfound curls from the heat and sea, but it’s not worth the sweat.

After a few hours tanning on the beach and splashing in the Mediterranean in a black bathing suit, I made my way out to see the antique market in the Old Town. It was rather unremarkable, so I was let down. There were espresso cups that I was interested in, but not for $40 a piece. I’m no idiot, I can find similar ones on eBay on the cheap. 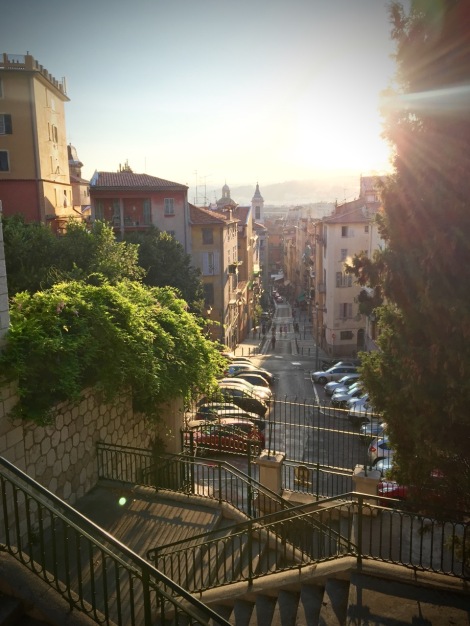 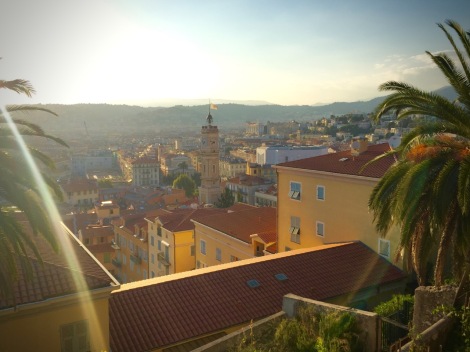 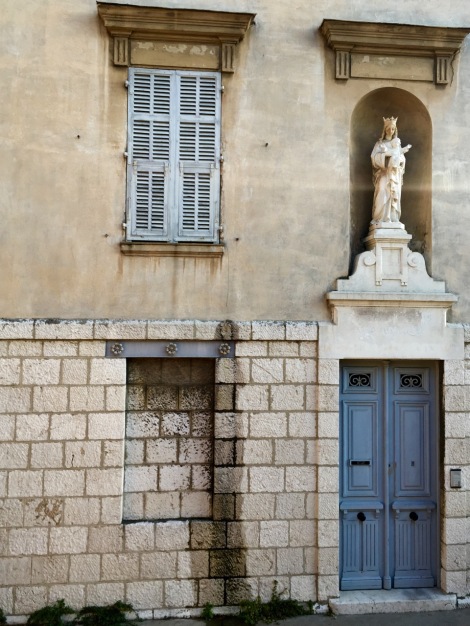 Gasping for air, I made my way to Cimetière du Château. It’s on the top of a massive hill, but thankfully there was a fountain that I gulped water out of (hoping it was safe to drink) and shade where I collapsed for an hour to recharge myself. I love the summer, and I love the warmth, but this is ridiculous. I glared at a few insect bites on my arm that had developed overnight, and then I recalled something I read about hot spoons on Tumblr that would kill the itching. I didn’t have a hot spoon with me, so I picked up a piece of gravel and pressed it on the bite. Oddly enough this worked wonders. I guess the heat kills the enzyme…protein?…that causes the itching. I was amused by science.

Finding the strength to boldly carry on, I wandered through the cemetery and was absolutely delighted by it. 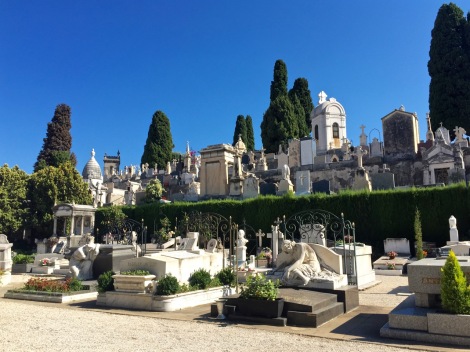 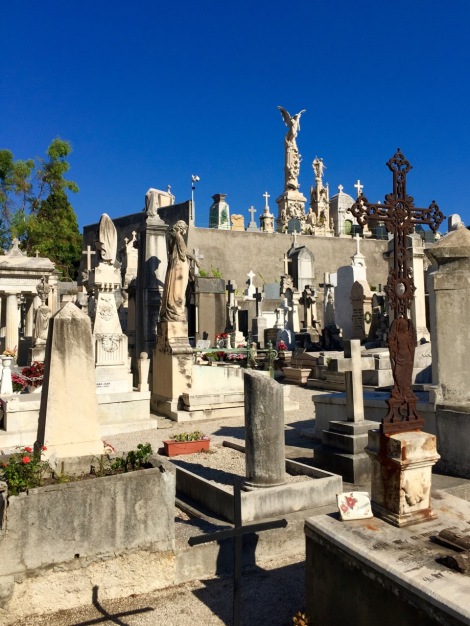 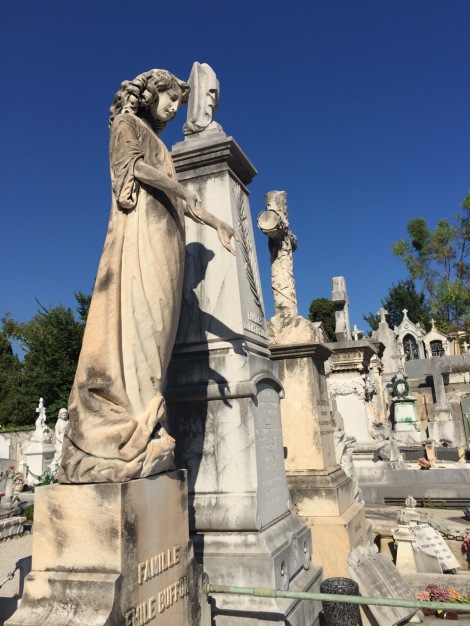 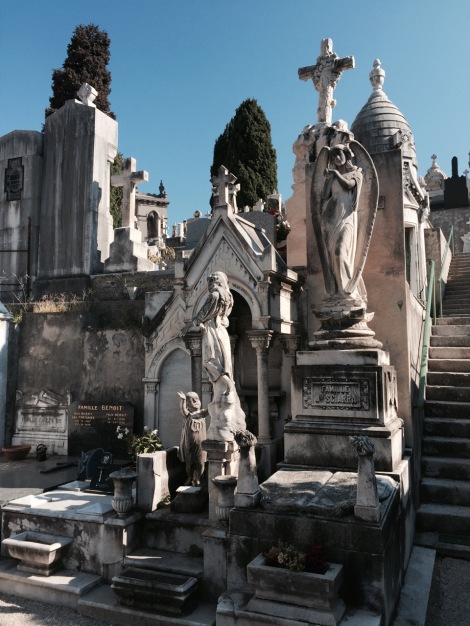 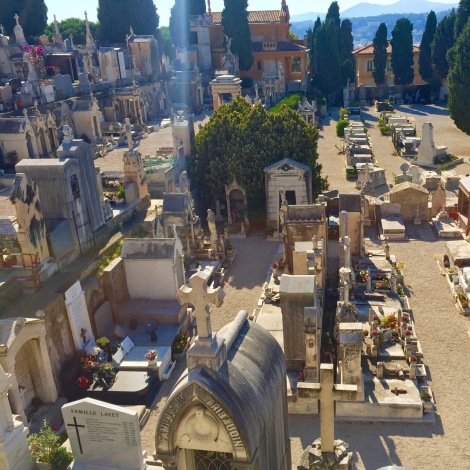 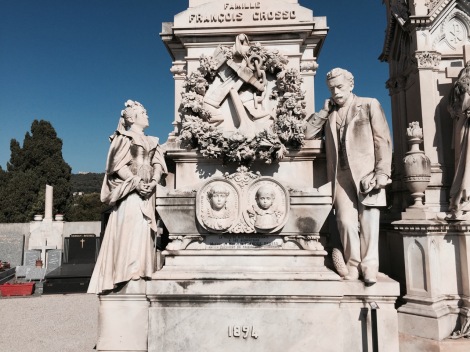 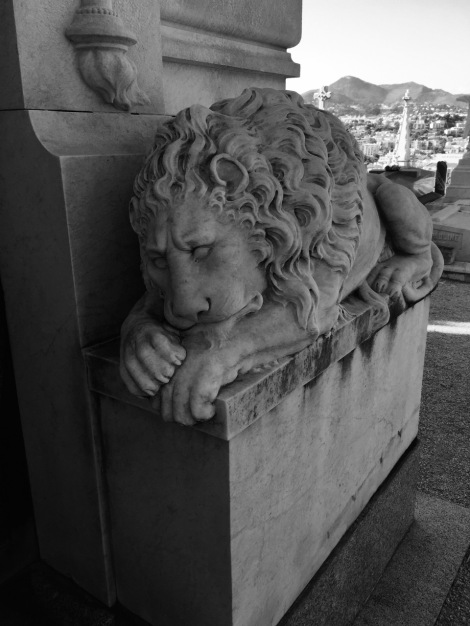 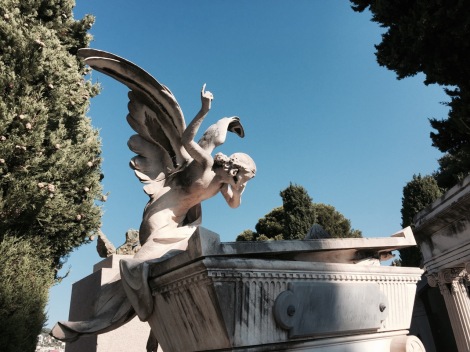 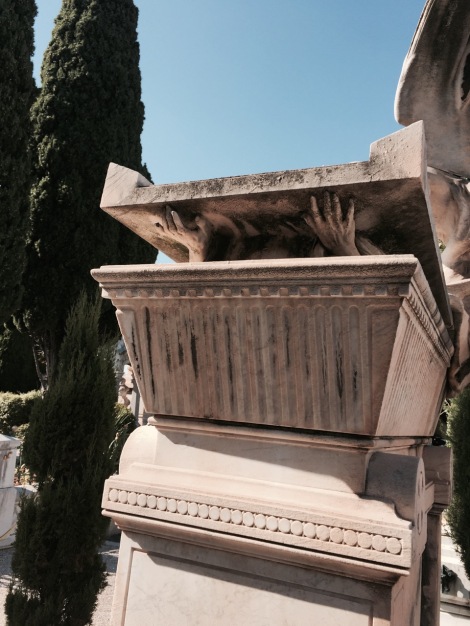 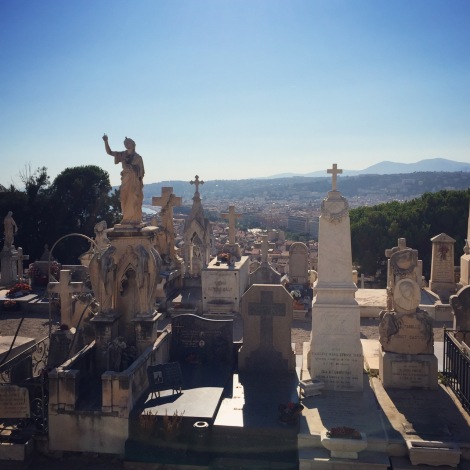 I’d let myself be interred here without too much sadness. Père-Lachaise will always own my heart, though, and my Tiger is there, after all. This cemetery also proved one of my long-running theories: wherever you go, there’s Egypt. Surely it’s because my eyes are trained to look for these things, but you see signs of Egyptomania everywhere. Here especially! There were obelisks, sphinxes, pyramids, Egyptian motifs, and one grave even had two Egyptian statues guarding the tomb. I loved it. 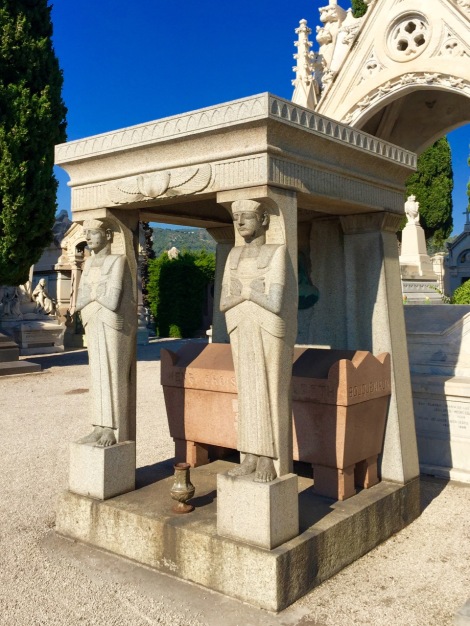 I didn’t feel quite like dying in the cemetery, so I hurried out of the sun and into the shaded little roads that make up the Old Town. 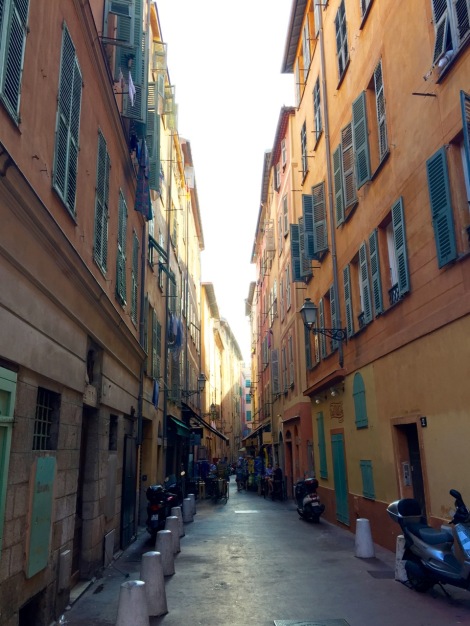 It was a charming afternoon poking into little shops that sold very important literature: 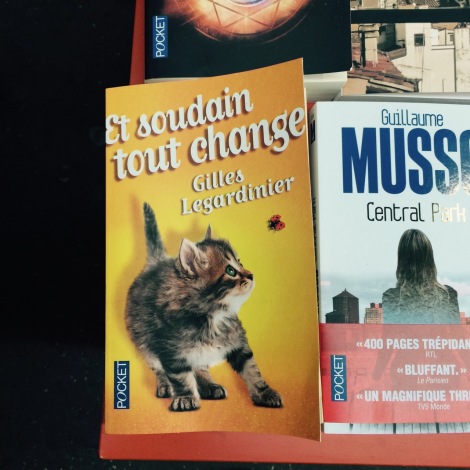 and bakeries, and I wished that my apartment wasn’t a forty-minute walk away. There’s a bus, of course, but I love walking. I just don’t love dripping with sweat. Honestly, I don’t think I’ve ever sweat more in my entire life. Everybody here has a dewy brow, but my shirts are soaked through in minutes. It’s ridiculous. I need to have Botox injections over my entire body, who cares about side effects, at least my shirts will look dry!

Too exhausted and dehydrated to cook, I collapsed at a café a block from my apartment and inhaled a martini, caprese salad, baguette, half bottle of rosé, liters of water, a cheese plate, and an espresso. All was excellent. “I’m living for me,” I muttered to myself after ordering each element of my never ending meal. I had to keep ordering things, though, reader, because the people I was sat next to were very interesting Americans. Ex-pats it appears. It was a mother and her preteen daughter who were discussing the ramifications of her recent divorce. It appears that the girl will be living mainly with her father who has a villa. I dropped my fork. The mother is moving into an apartment here in Nice, which she is not thrilled about, but at least she has the Mercedes. Daddy is keeping the boat, darling. No, you don’t have to change schools. Yes, Mommy loves you. There was something about a nanny. But I was just focused on the boat and the villa. Was it a yacht? What constitutes a villa? Are there formal gardens? Do they have a cook? Is it a crumbling ruin? Is this family painfully rich or is it a fixer-upper with a fishing boat? I have so many questions that still need to be answered.

After that lengthy episode of sleuthing, I decided to investigate a 24-hour Monoprix. Such a thing simply does not exist in France. The country doesn’t function after ten o’clock, and not at all on Sunday. How on earth would there be a Monoprix that never closes? Intrigued and dubious, I marched down the Promenade des Anglais, nodding at the prostitute who works this stretch — yes we’re on nodding terms now…does she ever sleep? does she get good business? — and yanked on the doors of the Monoprix.

“Ah ha!” I exclaimed as they refused to open. I was terribly satisfied that their claim was wrong and I was right, but I was also crushed because I wanted to buy a sandwich. I noticed then that the lights were all on inside and there was a man behind the counter, so I assumed he’d buzz me in. Nope. Instead he went to a counter like a bank teller and asked me what I wanted. Turns out, the place really is open all day long, but you have to tell the worker what you want. I wasn’t sure. I wanted to browse. I wasn’t going to force him to drag over an assortment of sandwiches to the window for me to peruse. Annoyed, I left, looked at the moon, and then went to bed.

3 responses to “Part of the Salade Niçoise”