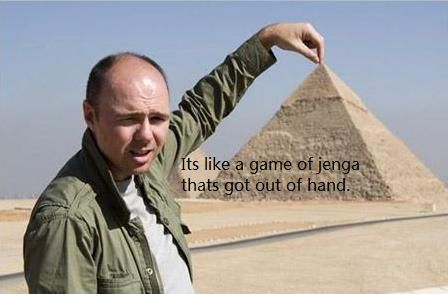 Over the summer, I discovered a new show that I’m utterly obsessed with. By all means, I shouldn’t like it. I have no fondness whatsoever for Ricky Gervais. It’s one of those dislikes that is innate and that I can’t begin to explain. I just find his style of comedy distasteful. However, I am ever so glad that he exists because of this show that aired in England almost a decade ago. It stars Karl Pilkington, who is the stereotypical Little Englander. These are the kind of people we have here in America that don’t ever leave their home state, let alone their country, because they have absolutely no interest in foreign cultures and are highly suspicious of anything new. Ricky and Stephen Merchant send Karl unwittingly into all sorts of situations in foreign cultures and countries and record his reactions. It’s absolutely fabulous to listen to him moan about the trash swirling around the Giza plateau, to watch his disgust at Chinese eating habits, to see his shock at different tribal customs, and just to share in his disdain for the world. I love the world tremendously, so I really shouldn’t take as much pleasure in this show as I do. I should probably be offended by it, actually, but I find Karl’s reactions to his uncomfortable surroundings wonderfully endearing. I think all travelers feel the same. I know that I sugarcoat some of the more unpleasant places I’ve been. Cairo was a nightmare, you know, but for some reason, I look back on it rather fondly. I’m not being totally honest with myself. But Karl is, and I love how real that is. The first season is the best, I think; in the other two, he is too self aware. Get on Netflix or Hulu, reader, and treat yourself. 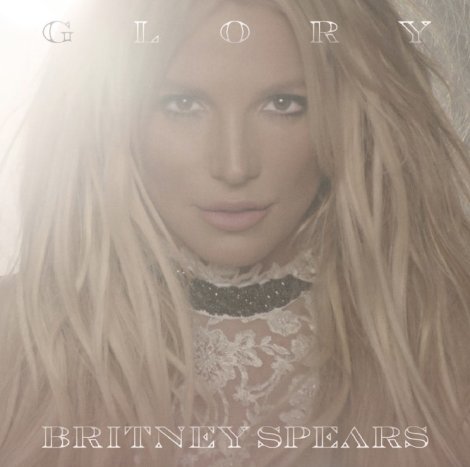 I have wanted so much for Britney Spears for so long. I want her to reclaim her throne as the princess of pop, a living legend, an icon of the dance track. Ever since Blackout, the greatest album of the last decade, her releases have been lackluster. I don’t think that I know a single song off of Britney Jean, which is tremendous, since I’m a total ho for pop music. I don’t think there’s any pop song in the past twenty-seven years that I can’t at least hum. I love Britney, guys. I’ve loved her long before she fabulously shaved her hair and beat a car with a bent umbrella in front of the paparazzi cameras. What a genius publicity move! I idolized that tragic VMA performance. I’ve seen her twice in concert. I’m dying to see her in Vegas. As I child, I had this little music player that was like a little floppy disk that would play only one song. It was the height of technology. It played “Stronger,” in this tinny, distant sound. I loved it. So, when Glory was released, I couldn’t listen to it at first. I was afraid. Finally, though, I downloaded the album, and I hit play, and…I LOVE it! I mean, no Britney album is going to be a Lemonade, let’s get real, but it is some quality pop music at last. There aren’t any real duds on the album, and quite a few good ones. My favorite is “If I’m Dancing,” which contains the nonsensically iconic lyrics, “He plays sitar, three notes so far,” and then she warbles about her chakras. Divine! There’s another song where she’s driving fast through LA, mortified about a man with a new girlfriend who looks just like her. She is technologically perfected. It’s such fun to speed walk through the countryside with Glory pumping into your ear canal. Do it, reader! Support Britney!

In these dire economic times, and Beysus…they do seem extraordinarily bleak, I take great pleasure in paying as little as humanly possible while still maintaining the illusion that I’m not destitute. I have no reason to complain since I lived like a minor prince for a month and a half this summer in Africa and Europe, but still, it would be nice to have a bit more money in the bank. I’ll complain until I’m a millionaire, though. Life back in America is just shockingly expensive. I’m used to paying like thirty cents for a package of Oreos, not five dollars for organic popcorn. Anyway, I know that I’m not alone in the plight for fiscal solvency, so I must tell you all again about the glories of ALDI. We went over this weeks ago, but now that I’ve returned from my holidays abroad, I am back in love with that fabulous mecca of savings. Tonight I spent all of fourteen dollars and I had a decent haul of cheese, fruit, vegetables, and even cereal. I have lived most of my life, all twenty-seven long years of it, on Cheerios. Never have I ever considered purchasing a generic version. But tonight, everything has changed. I grabbed something called “Toasted Oats.” We shall see, reader. I must admit I’m skeptical about them, but I have never been betrayed by ALDI before. The broccoli is delicious, the asparagus is unreasonable good, the cheese selection is extraordinarily nice for the shockingly low price, and…well, I could ramble on for an eternity, but I won’t. It’s just the most miraculous place. If you’ve never been, I think you’re doing yourself a sincere disservice. I spent years of my life passing it by, thinking it was a place for the poor to pick up damaged goods or out-of-date canned soup. I couldn’t have been more wrong. It’s some of the best stuff. It’s weird. Bless ALDI. Get going. Take a bag, though, so you don’t have to buy one. Better yet, just grab one of the empty boxes around the store and load your shit up. It’s a wonderland. I can’t wait to go back next week. I’m already dreaming up my shopping list

Anne Rice is one of the writers that I consider a personal icon. I love her florid prose, the way her books read like an old Victorian novel, yet is imbued by modernity. Her vampire novels are masterpieces that outshine the genre they are lumped into. They aren’t “vampire books” or “horror books” they are theologically profound romances. People who read them understand that, but those who never have, assume it’s the usual blood and gore. They’re missing out on a profound literary treat. Anne’s dedication to crafting her own genre has been endlessly inspiring to my own novel crafting. I consider her influence one of the most important on what I’ve written in the recent years. Several years ago, I had the exceptional good luck to meet her at a book signing, and I truly think it was one of those moments that changed who I am. We all have experiences like that, I think that perhaps I’ve had a few more than most. Or maybe I’m just more aware of their impact. I think that’s probably more likely. We didn’t say much to each other, I simply lavished praise on her and the divine novel she wrote, Blackwood Farm. While waiting in line, I had the first inkling of a story. Eventually, it became the novella I published on Amazon, Haskell & Eudora. Nobody has bought a copy in a while, why don’t you get one today?? Please? Those characters came to life for me in a way that has never before happened. Eudora and Haskell and Rosamond are constantly in my mind, crafting new adventures. They have lives of their own, and I can’t properly explain it. Those of us who write, though, will surely understand what I mean. I sat all of this to say that Anne has a page on Facebook, and it is one of the most tremendously helpful places I’ve ever found. To read what she posts on the art of writing is sensational and so enlightening. She doesn’t allow anything to define her writing, she just writes what she feels has to be written. Her methods and style may not work for everyone, and may not even work for me, but to hear such a successful author share these ideas has been a remarkable blessing. Follow her today, reader, she posts on all sorts of fascinating topics. It’s such a treat. 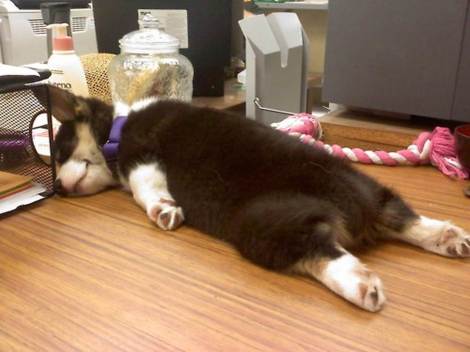 I only get to live my real life for three months out of the year. I’m working to expand that, but it will take me years and years and years and I don’t yet see the finish line. I’ll know it when I see it, but it’s nothing more than a dream at the moment. When I’m living my best life as my most authentic self, I’m jetting from one continent to the next, exploring the world, and falling more and more in love with the planet each day. When I’m living my usual life, the one that funds my summer self, I’m working every day and then doing college work each night. In the meantime, I try to socialize, move a bit, and eat right. I tend to just socialize, procrastinate, and eat kettle chips, though. Maybe that’s why I don’t feel all that well for those other nine months each year…it’s just so hard to do everything I need to do. I’ve been back to this reality for a week, and I feel like there’s a truck waiting to hit me already. I am feeling slightly hopeful, though. I shouldn’t have any major medical concerns to eat up my time since my multiple sclerosis is under control. With my medication, vitamins, and fitness plan, I should theoretically have much more energy. We will see about that. This year at work is promising to be better in nearly every way, so that’s a blessing. And I’m taking a slightly lighter course load of classes, so here’s hoping I can go to bed at eleven instead of two o’clock in the morning. That nearly killed me. And Thanksgiving break is coming soon and I’m planning on getting out of Iowa for a week. That will keep me motivated, I hope. It should. California is one of those places where I get to be the real Ben. I feel lighter there. Life feels better. That’s probably just all the kale I’m eating when I’m in LA, but still…there’s something mystical about being in those places where you feel your best. I need a dwelling in all of them: an apartment in West Hollywood, a villa on the West Bank of Luxor, and a gorgeous Hausmannian apartment in Paris. When I’ve got them and I’m rotating through them, then life will be as it should be. I can’t wait. I need to open a savings account. In the meantime, back to the grind.