Hillary in the Woods: 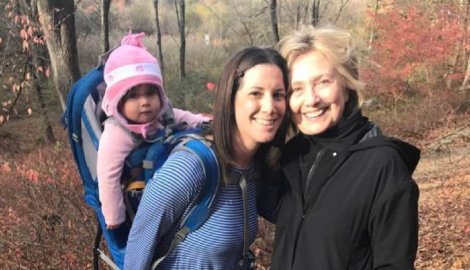 As you must have picked up on in my last post, the previous week was a challenge for me. It wasn’t fun, and I have no interest in ever feeling the way I did again. I will, though. I never fully understood my privileges in this culture as a white man with a president who represented and supported almost everything I hold dear. I have never been an adult and felt oppressed. Now I am starting to understand the way African Americans feel, the fear transgendered individuals live with, the sadness of being prejudiced against for having a Latino name. Of course I will never fully understand. It would be a foolish thing to even expect to fully grasp what it feels like to come from, as Dave Chapelle brilliantly said on Saturday Night Live, a historically disenfranchised group. So I don’t get it all, but I understand it now. It’s awful. It’s not cool. The world is in ruins. But there are a few good things that happen. Hillary Clinton and Bill casually walk through the woods like mythological heroes. They’re like Bigfoot, but real, and helpful. You all read the story, I assume, but if you didn’t, here’s the gist. A lady went walking with her daughter through the woods. She heard a crunching sound. Turning, she was startled and amazed to see Hillary and Bill Clinton and their dog. She looked tired, but at ease, and she was wearing leggings. The woman who bumped into them was able to express her support and admiration for Hillary, gave her a hug, and then they parted. Hillary, the should-be president and Bill, the once-was president, disappeared into the woods, leaving the woman thunderstruck and the rest of us cheered. I don’t know why it struck such a chord in me. But this story did a lot to heal the anger I was consumed by last week. The knowledge that Hillary is out there, wandering through the wilderness like some modern Paul Bunyan, has recharged me. If she’s all right, we will be all right. It will be all right. Like Dolly Parton once wisely sang: 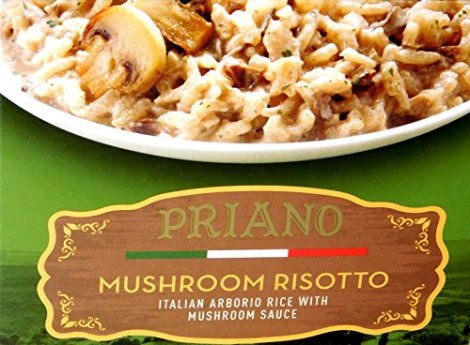 I talk about ALDI an awful lot, I know that, dear reader. But it’s changed my life for the better. Before this happy discovery, I would spend twice as much money on half as much food. This is not hyperbole. ALDI is really cheap. Suspiciously cheap. I struggle to understand how they can sell what they sell for the prices they sell them at. By all accounts it doesn’t make sense to get a fresh pomegranate for fifty-nine cents from a cheerful employee. I’m going to stop rationalizing it, though, and just live for the experience. Each time I go, I find something new and delicious, and most times I am stunned by the quality of my purchases. I have only been let down by ALDI once. Their Cheerios substitute is truly tragic. Everything else is grand — the avocados are flawless, the broccoli is what dreams are made of, the cheese rivals decent cheeses at much more expensive grocery stores, the chocolate is luscious, and the wine is next to free. It just confounds my fiscal senses. The last time I was there, after being parted for three weeks — those were difficult times — I found a box mix of mushroom risotto. I’m a big fan of this dish, so I tossed it into my cart. I knew I would find it palatable, because I have undying trust in ALDI, but I didn’t know just how good it would prove to be. When I examined the box the other night, I saw that it was imported from Italy, and if there is anything I trust, it is European food. I fondly recall the LIDL I lived next to in Turin. The food was even cheaper than ALDI and just as good. It’s nonsense. So, in great anticipation, I tossed the rice and seasoning packet into my elegant Le Creuset pot and fired it on my massive IKEA oven and watched in gleeful anticipation as the dish came together. It looked like mushroom risotto. And, dear reader, it tasted like a good mushroom risotto out of any nice restaurant. I screamed a little bit at how happy I was, shaved some Parmesan over the top, and stuffed myself silly. It was fabulous. This is one of those things that is always going to be in my cupboard from now on.

I love cosmetic surgery and any and all kinds of body modifications. I believe that your corpse is your temple, and as Joan Rivers so frequently said, it’s in need of redecorating. If you don’t like something about yourself, change it! I’ve been tediously busy lately, so in the vain hope of staying somewhat energetic, I’ve been chugging coffee. It hasn’t done me a damn bit of good, like I knew it wouldn’t. Caffeine does absolutely nothing for me. I’ve written extensively on this injustice before. My life is cruel. Anyway, the only thing the coffee did was make my teeth look yellow. No amount of brushing would remove the hideous hue, and I was leaving for HOLLYWOOD in a matter of hours, so I had to get something. Last night at Walmart I found this emergency three-day kit. Seemed perfect so I tried it out. The results aren’t stunning, but there are results. You swish some liquid around your mouth that tastes oddly of a diluted blue raspberry snow cone and then you paint some serum on your teeth. Y’all know I’m a ho for a serum, so I was all about this. It was much easier to apply than any other product that I’ve ever used, and gentle reader, I’ve used them all. I’ve done strips and special toothpastes and gels and that stuff you mix up in a mold and then there were lights in my mouth. I’ve done everything but go to a dental surgeon for veneers. So, I know what I’m talking about here! You can do up to four treatments a day, and my teeth look less jaundiced. So, it’s really a win-win for everybody involved. Get ready for me, HOLLYWOOD!

I’ve long been obsessed with weight and how I look. Ever since I was living in Paris and I really realized that I was in unhealthy shape, I have had an unhealthy passion for not being that person. It took a couple years, but I got rid of him, and I was ever so glad. It was much more fun to be thin. But then I was a contender for America’s Next Top Model and that literally destroyed my life. When Tyra Banks rejected me, something inside of me snapped. The last vestiges of whatever sanity I had left were gone. I ate nothing but a cup or two of Cheerios a day. I ran and walked and squatted and endlessly counted calories. It possessed me, and I became fixated on tenths of pounds instead of the entirety of the pound. It was unhealthy, extraordinarily unhealthy, for both my physical and mental health. But I was hella skinny. That was the only fun part. I never realized that I was, but I was. The spell was finally broken when I saw Tyra in person later in Los Angeles. I realized the artifice of the world she had created. And then I was mentally destroyed again. My brain is a mess. But after that I started to at least eat again. And I’m not fat. I get that. But I’m not the way I was, and even though I was probably on my way to anorexia, I would rather look that way again. I probably still have some disease. Cut to a couple months ago when I thought I had a brain tumor and was ultimately diagnosed with multiple sclerosis. For a few months, I stopped caring about anything other than the misery I was feeling. So I ate and I ate and then I ate some more. And then I drank a lot of champagne. I stopped believing in portion sizes. And it’s obvious now that I can’t fit into the clothes that I wore last year and I have to wear belts on most of my pants so that they can be worn without fastening the top button. I need to get myself back in order. I had every intention of doing so earlier, but with classes and work and trying to do yoga and walk the 10,000 steps a day my neurologist told me to do, there’s not enough time to count calories or do any other exercise or cook every night. It is winter, though, and this is when I’m usually able to get a better handle on my health, so hopefully by spring, I can wear all my old clothes again. Not the ones when I was a walking skeleton, that was ridiculous, but the ones when I was actually healthy. 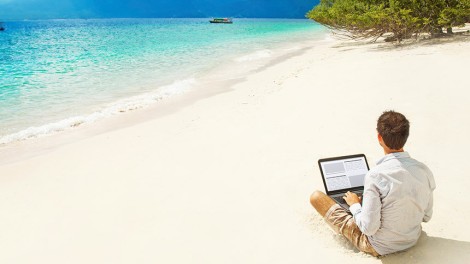 Back when I was in Egypt, I joked to myself, “Lolz me! It will take you until the end of September to get these blogs done.” I think back and chuckle darkly. It’s nearly the end of November, and I’ve written all of two posts from Egypt so far. In all likelihood, it will be the end of January before I come close to wrapping up those narratives. Oh well. It’s frustrating for me to be so behind. I fancy myself something of a travel writer, so not doing what I feel I should be doing is intensely irksome. Instead, I have my usual list of obligations that I’ve drilled into your minds: work, college, homework, cleaning, fitness, and battling that dumb disease. There’s simply not enough time in the week to keep up with it all. If I had a three-day weekend every week, then perhaps life would be less of an endless grind and more of a revery. That doesn’t look like it’s every going to be the case, though, so I just need to keep bumbling along. Someday you’re going to read about my unexpected encounter with the Egyptian military in the temple of Abydos, holding a crocodile, speeding through the inhospitable desert near the border of Sudan, sacrificed chickens, the discovery of shakshuka, the wonderment of being alone at Abu Simbel, the glories of sunset at the First Cataract, my feelings of being completely enraptured with Egyptological ferver at the temple of Esna, debating mythology, and being defeated in an arm wrestling competition with the champion of Upper Egypt. It was a great trip. I’ll get it all written someday.