I have that horrible seasonal depression. I’m doing oddly well with it this year, which is great, but I sadly haven’t been prescribed any of those lovely pills. I love pills. A few years ago, I requested a Sun Light for Christmas, and a few years later, after requesting it time and time again, I finally received one. I thought it did something at first, but I think that was just wishful thinking. Instead, it just gives off the best light. These devices have incredibly strong bulbs and they fill a room with very natural illumination. My studio (I’m not really sure what that room is. It was supposed to be a gym, then it was supposed to be a walk-in closet, but now it’s kind of an office where I do my writing, college work, and other studying. There’s a treadmill in there, too.) has awful lighting. The light fixture I installed is beautiful, but it requires a tiny little bulb that doesn’t put off many lumens. So, I bought THIS lamp the other day and was ecstatic when it filled the room with nearly painful light. I can finally be productive in here after the sun sets!

I haven’t been to the Botanical Center in years. I thought earlier today that it was in high school, but I recall now that I had a picture of a palm tree on my BlackBerry that I took there, so it was shortly after. (Afterwards, I found these gorgeous antique plates at the Brass Armadillo that featured a suicidal and depressed Victorian aristocrat, but that’s irrelevant to this post.) I took a picture of a palm tree with my iPhone today, so clearly my life is going places. Alison and I went for the afternoon and it’s just the nicest place to escape the doldrums and tedious boredom of Iowa winters. Why does anybody live here? It’s a wasteland from December to March. Anyway, I had the nicest time walking amongst the palms and getting poked by some rather forward fronds. The temperature was 77.8 degrees Fahrenheit and I was perfectly happy in the high humidity. It’s a good thing I used about a ton of hairspray this morning to keep my mane under control. So, if you’re fatigued of the chill or desperately need a palm tree to restore your sanity (something that I think is very real), head on over to the Botanical Center. The entrance fee is a pittance, and there is a café, which was closed today, but whatevs. It was a fabulous afternoon. 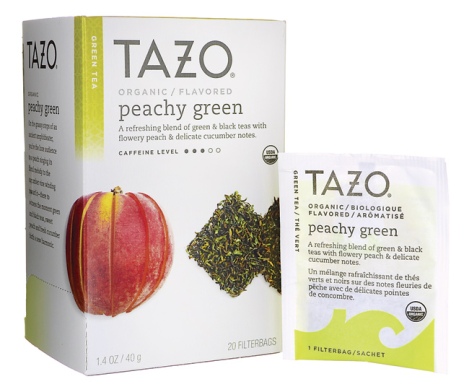 I’m rather crazy for tea, which you know. I love it. I love all tea. Not cinnamon tea, though. I like the whole craft of brewing it and sipping it and savoring. It’s just fabulous and civilized. So, I’m always excited to come across new blends that sound wonderful. More often than not they just sound good, but don’t actually taste good. I was so very disappointed in a box of passion fruit tea I bought. I’ve tried many passion fruit teas, but they’re all lackluster. So, I didn’t expect my mouth to weep happily when I tried this new peach and green tea. But, it blew me away! The peach flavor, which I love, is strong and assertive and just right. It’s a delicious tea and I recommend you pick some up. Green tea is supposed to be hella healthy for you, too, so do it for your health, dear readers!

I had no real interest in going to Paddington. I should know better by now that children’s movies are the best. Besides that, I think Nicole Kidman is an underrated genius. I still need to watch Chicago and that one fifteen-year-long movie about cowboys in Australia. I think I have that one downloaded on my iTunes account from half a decade ago. In Paddington, she stars as a chic taxidermist who is powered by evil, so clearly I needed to see it. I have an odd love for taxidermy that I have a hard time explaining because I’m a vegetarian. Don’t ask. I don’t get it either. The idea of a CGI bear bothered me at first, but the film was so well done that I didn’t for one second have a bother. That damn bear looked like he really came from darkest Peru! The story is formulaic and the trailer will give you the entirety of the plot and you can guess the resolution within five minutes. I didn’t mind, though. The movie was absolutely gorgeous, and the portrayal of London was absolute perfection. London can be awful, but it can be wonderful, too. It rained a lot more than it has ever rained when I’m in London, but no matter, it was amusing. Run to your local cinema, readers, you’re in for a treat.

Fashion Police (I Changed My Mind!): 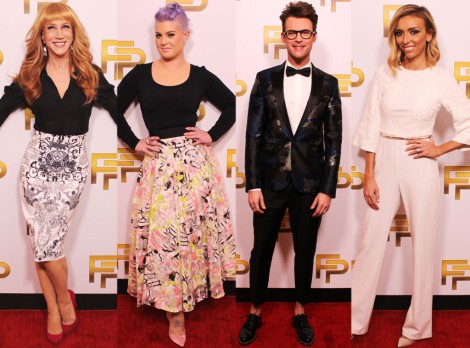 As Wendy Williams says on nearly every episode of her perfect talk show, “I’m a woman, and I have a right to change my mind.” I’m not a woman, but I still have the right to change my mind. Repeatedly if I want. So, I changed my mind about Fashion Police. I have been rather swamped with all my classes, so as you will repeatedly read, and I haven’t had much time to do anything other than study and nap. I was going to go crazy last night if I didn’t have a break, so I took an hour to watch the latest episode, and I could have cried happy tears. It could be my lack of sleep and reliance on kettle chips as my main source of calories. Or the half gallon of coffee. Whatever it was, the show felt right. It was not forced at all and the hosts seemed to actually like each other’s company. It was so different from the previous episode that I am going to try and excise it from my memory. I’m still not loving Brad there, but I will come around. Kathy was “on fleek” as they youths say, and Guiliana really upped her sass game. I was so happy that I went back to work right after with no complaints. Fashion Police is back! 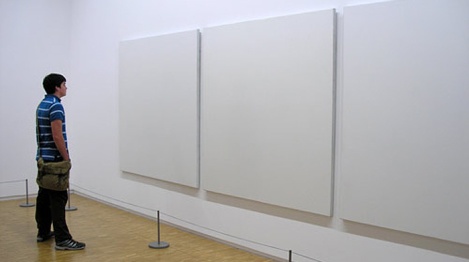 I have tried, reader, to appreciate art. I’m taking a class on it, but I’m having a hard time really taking it seriously. How am I supposed to really care about a woman who puts a dress on a twig and sticks a book beneath it? It’s art…yes…but why did I have to watch a ten minute interview about it? I get so irritated by art. Not by the art itself or by the artists, but by people’s reactions to it. Why should I go to an exhibit and see trash some guy picked up off the street in Philadelphia? Why would a person pay thousands of dollars for a toilet bowl signed by a modern artist. Why? It just makes no sense to me whatsoever, and I feel that it is going to drive me out of my mind. There was a little essay in my textbook that described how one artist hung oranges in an apartment building’s windows and then wouldn’t allow photographs so that it would live in people’s imaginations. That isn’t art to me. That’s just a maybe attractive publicity stunt. What is it trying to say? That artist specifically goes out of his way to renounce people’s perceptions of his creations. That infuriates me, but it also delights me and I just don’t understand any of this. It’s nonsense. I’m going to be an artist. 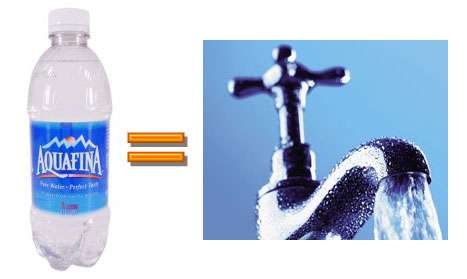 Besides the obvious ecological problem with water bottles polluting the earth and filling the ocean with plastic, I hate the water that comes inside of them. Not Fiji, of course, or Evian, I won’t hear a word against Fiji water. Or Vittel. I love Vittel, but I only buy those in Paris. The more common brands like Aquafina or Dasani, though, I loathe them. Why does the water taste so incredibly disgusting? It doesn’t taste like water at all. It tastes like filtered sewage. Perhaps that’s a bit overdramatic, but it’s honest. Drink tap water, readers, it’s cheaper, more ecological, and tastes one hundred thousand times better.

This story is sensational! It’s awful! It’s horrific! Mainly to lovers of history, I suppose, because in the scheme of things, it’s not the end of the world. King Tut’s golden mask, that icon of ancient Egypt, one of the most recognizable objects in the world, has been irreversibly damaged! Soon after I left Egypt, the wing dedicated to his treasures went through a cleaning and upgrade — I guess they’re trying to modernize the Egyptian Museum somewhat, which is sorely needed because it’s dusty and dark and hard to understand. [Off topic: I was thrilled, THRILLED, to learn the other night that the current Egyptian Museum, with it’s wide halls and gorgeous pink stone, is staying open and will be used in conjunction with the Grand Egyptian Museum being constructed and finalized in Giza. Now there will be two amazing museums to see when I return!] As the glass case displaying the mask was being fixed up, the beard was handled in the wrong way and broke right off. Can you imagine if you broke one of the most priceless artifacts in world history? I would have died. I would have been so scared. And so they were, and in an act of desperation, the poor fools slapped the beard back on with epoxy. EPOXY! When I read this, I spat out my mint tea in bemused horror. Epoxy is awful stuff. I use it from time to time in my DIY projects, and I know how difficult it can be — especially if you’re surely trembling with terror. They used way too much epoxy and it oozed out onto the golden surface. So, when it hardened, they attempted to scrape it off and then when that wasn’t as effective as they expected, THEY USED SANDPAPER. I’m near to fainting. The damage is supposedly irreversible since they ruined the mechanism that connects the beard to the main body of the mask, but I am not terribly worried. Surely much better conservators will take care of the damage and this story will be an amusing footnote in the annals of the CURSE OF TUTANKHAMUN. Glad I got to see it before they screwed up so royally! (See what I did there?)

I love Diet Coke. I have one or two cans every day. Yes, it is filled with things that might well kill me at some point in the future, but aren’t we all on the way to the grave, anyway? So, in a foolish move of fiscal responsibility, I bought my Diet Coke in a bottle instead of a can. I didn’t think it could be very much different, but it is. It’s not fun. It doesn’t even taste the same. It tastes sweeter and the carbonation is harsher and I am not happy. I feel like a whiny youth, but it upsets me. I will never make this mistake ever again. I don’t even want to drink the 18 bottles of the stuff I have left. This is surely one of my greatest First World Problems.