When I first heard about Apple Music, I brushed it to the side, uninterested. It was going to be like Ping (remember that nonsense?), and besides, I already worshipped at the altar of Spotify. How could anything possibly compare to that? But, there was a free trial, so I decided to give it a go. I didn’t like it at first. I couldn’t quite figure out the organization. But then, when I discovered that you could save music off the iTunes store straight to your library and then sync that with all your devices, I was utterly and totally converted. When my trial period ends, and I have to start paying $10 a month, I will cancel Spotify. That’s how much I believe in it. It is wonderfully convenient and works so well without arguing. And I feel like I’m actually getting something unlike Spotify. The consumer is getting something there, too, of course, but for some reason this feels much more material. iTunes has always been the best for music, you just had to pay. Now you don’t really. Well, you do, but you don’t…you feel? It’s great. Get a trial and get started. It works so well.

Miley Cyrus and Her Dead Petz:

I was too busy to watch the VMAs when Miley hosted. I wanted to, though, because I’ve long been a fan of hers, but this whole work and school and trying to be a functioning human being thing means that I don’t have time to do much of anything. Sounds like I missed a good show. So much drama and nonsense and Kanye doing something very Kanye. I didn’t realize until a day after that Miley had released new music! When I first went on her website, I thought it was a parody or a joke or something. Gladly, it’s not! It’s just bizarre. The first listen is…I suppose the best word is challenging. It doesn’t make sense, but on repeat listens, you begin to make musical connections between the songs, and there is something about the album that hooks you into it. I find myself humming it all the time. And I really enjoy it, even if she sings a tragic love song to a dead blowfish. (Yes, that’s a real thing.) I think the best songs are: “Karen Don’t Be Sad,” “I Get So Scared,” “Lighter,” and “Cyrus Skies.” It’s definitely and most assuredly an acquired taste, but I do suggest you give it a listen. I can’t put my finger on why I enjoy it so much, but I truly do.

Probably made a dozen #flatwhite coffees this weekend. I think I've finally got the hang of it. #coffee

As I mentioned in my other blog series last week, and many times in the past, I am an insufferable espresso snob. Why would anybody choose to drink drip coffee or Keurig cups when espresso exists? I admit that I do both because I am forced to by society. When you go to most restaurants here in America, you can’t finish your meal with an espresso like you can anywhere in Europe where life and food are civilised. I take such umbrage with anything but espresso that I have long refused to try anything else. I am not going to drink one of those nonsensical concoctions of whipped cream and soy milk that people love so much in coffee shops. But, when I was in France this summer, I discovered that I really like a bit of cream and sugar in my espresso. Not a lot, but just a hint makes it marvellous. The other day, Jessica and I went by a new Starbucks, and I was intrigued by the flat white. It seemed similar to the café noisette that I had been making back in my real home, FRANCE. And it was quite good. Smooth and delicious and definitely flavored by the espresso. It wasn’t like a cappuccino or a latte, both of those taste like milk. It was still far too big, so I spent the weekend experimenting with my espresso machine, and after about a dozen cups, I think I finally perfected it. It’s all about getting the milk right. It’s not whipped up and dry like in other drinks. This one is somewhere in the middle between frothed and warmed. When you pour it over a double shot of espresso, it transforms, and I even got the signature dot right! I am #blessed. But now I’m out of milk. Time to go shopping. 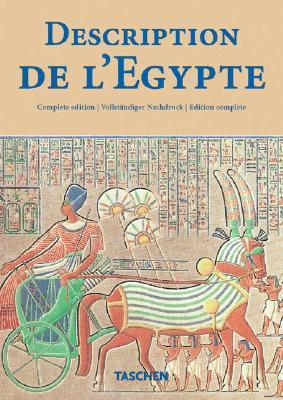 Ever since I resumed my studies of ancient Egypt with more devotion and dedication than ever before, I have become a bit obsessed with the Napoleonic expeditions to my second-favorite country. In the past, I was unaware of the history of Egyptology, which has quickly developed into one of my passions and area of expertise. In the past, I merely studied ancient Egypt for fun. I loved to read about mummies and tombs and pyramids and alternative archaeological theories. Now, I’m becoming much more scholarly. I still love alternative archaeology, but I like it as a respite from rationality. I think they might have excellent ideas, so I wish these theorists and mainstream archaeologists would work on getting along. There’s nothing wrong with a new idea, after all. Anyway, after the Napoleonic adventure, there was an enormous series of books published about the discoveries made. I have a burning passion for acquiring my own collection of the originals, but this has been a fruitless search. When I was in Italy this summer at the Museo Egizio, I nearly passed out when I saw one on display. They have been reprinted in France by the Bibliothèque Nationale, but I can’t figure out how to get copies. Instead, I finally discovered that Taschen, that publisher renowned for coffee table books, created an edition that has every single image from the books. I died and ordered it immediately. It finally arrived and I have been happily flipping through the thousand pages when I take my coffee breaks at home. It’s been great. I’m so happy and makes me even more eager to own my own originals someday.

As I’ve told you before, I’m a fabulous amateur electrician. I can figure out any issue. I’ve fixed outlets and switches and I’ve restrung my lights outside. I can make anything work. But, I’ve recently discovered, to my shame, that my handyman skills don’t extend to plumbing. I can do dry wall and I can hang a ceiling fan, but I cannot fix plumbing. My washing machine has been on the fritz since I returned from Europe. It’s been a misery. I’ve washed my clothes in the bathtub since I got back. That’s not fun. I’m glad, once again, that I’m not a pioneer. I would have been the worst person on the prairie that ever lived. I would have died the first week out. In all actuality, I would never have left the city. I wouldn’t have left England, either, before the Revolutionary War. Nope, I’ll stay in London. Or Cornwall where my family is from. Anyway, I have tried absolutely everything to fix it. I have reset motors, I have snaked clogs. I have fought spiders. I have done everything imaginable to make the damn thing work, but I find nothing but failure. I will have to find a repairman. I can’t live like this anymore.