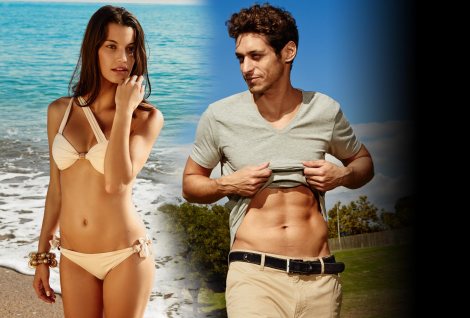 If I don’t get a Slendertone, I’ll die, I’ll just die. All over Paris are advertisements for this magical belt that you wear and it works out for you. I don’t know if it actually produces results or not. That’s unimportant. I just want one. It’s one of those irrational wants that becomes so intense that it becomes an actual need. I fear for my life if I don’t get one. I will truly die. Can you imagine anything more delightful than strapping on a belt and letting it shock your muscles into shape whilst you go about your business. You could vacuum or sweep and work out at the same time. The future is now, reader, and I could not be more delighted.

After a leisurely morning in the apartment, we finally made our way down to the Métro, which is a bit of a walk, but nothing unreasonable. It would be unpleasant if you were carrying bags or had to relieve yourself, though.

When we made it into town, we headed straight to Saint-Paul, which is easily our favorite part of Paris. It’s in the Marais, one of the oldest parts of the city (other than the islands) and is filled with twisting streets of cobblestone, innumerable bakeries, lovely old buildings, and my favorite bakery of them all, Miss Manon. The old woman who runs the place is still in there and it was so nice to see her again. Though she doesn’t know it, she taught me a ridiculous number of words in French and I’m always delighted when she’s working.

We took our pastries and walked through the nonsensically twisting streets and met a cat!

He was a very friendly cat and Jessica nearly had a spasm. She gets overexcited around cats, which is something I can understand, but I do worry. Cats don’t always want to be squeezed and picked up and kissed and tickled. They just want to sit there, looking gorgeous, sometimes. And I also worry that it looks like Jessica is a deranged person with mental instabilities who has come to steal.

We made our way to the Place des Vosges and happily ate our cakes with some lovely WiFi. 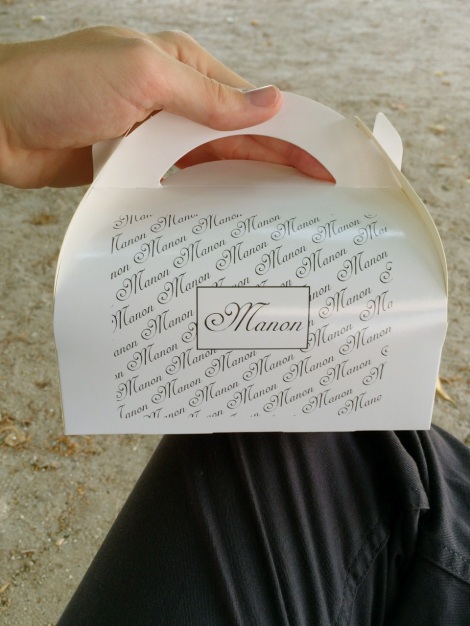 I like old people in France more than anybody else in the entire world. They embrace their age and heartily enjoy the transition to being elderly. They aren’t holding on to their youth. I’m not saying it’s wrong if a person does, and in general I applaud people like Madonna, but it’s nice to see old people just be old…I don’t think I’m properly explaining myself. Back home, it’s as if we have to be productive up until the day we go to the retirement home or die. That’s not the same kind of thing here. Here they act like old people used to. You could put a modern old French person next to an old person from the 1930s and you wouldn’t be able to tell the difference. Because I’m so old on the inside, this really appeals to my sensibilities.

We walked down to the Jardin des Plantes, an absolutely gorgeous park on the other side of the river to take a stroll and see some animals. 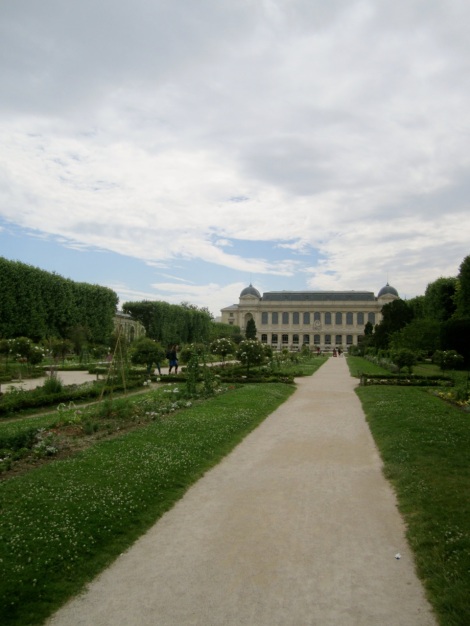 I adore that park, but I’ve really not spent enough time there. I’d go more often if it would stop raining. I’m very behind on these posts…le sigh. I must go into this greenhouse soon, it enchants my imagination:

Anyway, I think Jessica is dying or something. She keeps coughing and sneezing and moaning and making all these awful noises. It’s really putting a damper on all my fun. How am I supposed to enjoy myself when she’s shooting phlegm out of every orifice? The people around us are disgusted. I tried to cure her this morning, but she is a poorly patient. She was unhappy about the liter of hot tea I shoved down her throat. She would not swish olive oil around her mouth. She would not take an exceedingly hot shower. She would not gargle with salt water. She wouldn’t ever attempt the therapeutic yoga poses I suggested. In a desperate attempt to continue pumping her with fluids, we stopped by the Mosquée de Paris, a place you simply must visit on your next trip to Paris.

I still fondly remember the first time I went to the Mosquée years ago. I had read of it online and had no idea what on earth I was doing as I walked across the courtyard of marble tiles laid in a herringbone pattern. There are tents and trees all over and it’s such a blast of something new and foreign that your senses are deliriously overwhelmed. Then you pass through to the inner courtyard and sit at tiny bistro tables with brass tops or inlaid with intricate tiles and sip on excruciatingly hot and wonderfully sweet mint tea. It’s like leaving Paris and immediately being in Marrakech or Cairo. I can’t say that with authority, as I haven’t yet made my jaunt to Africa, but I think that’s happening soon. It has to.

Jessica and I pounded down a few cups of that wonderful tea before making our way across town to visit Pierre Hermé’s shop next to Saint-Sulpice church. This was an exhausting journey as the trains are packed full with tourists. It’s insane right now. I’ve never seen Paris so busy before. I’m trying to keep a positive attitude about all that, but it’s a bit trying when you have to shuffle from place to place and the air on the Métro is so hot and still that you want to die.

I bought my favorite macaron, the mogador (milk chocolate and passion fruit) at the shop and a slice of chocolate tart. Very expensive, but so very good.

We needed a pet. Jessica and I are animal people. We like animals more than people. It is very frustrating to not have a fuzzy companion to sit with. So, we headed over to the island to go to the Marchée aux Fleurs, where Queen Elizabeth recently visited and they named it after her. I wish I could go places and have them be named after myself. That would be charming. Having an airport or a street would be particularly nice. You’d type BDP into Expedia to find a flight to someplace marvelous…

Sadly, the market was closing up and the birds were all packed up, so we morosely passed through the exotic plant section. Then we found it. The perfect pet for us. I had one the last time we stayed in Paris. It was time for another. Meet Margaret:

We can't really get a pet for a few weeks in Paris, so we bought a sensitive plant instead.

She’s a real bitch, reader. Always whining. I’m not crazy, this plant is a sensitive plant and it reacts to human interaction. Watch this video:

With our new friend in tow, we headed back to Miss Manon, because I had to have my poppy seed baguette. It’s been sooooo long!

Beysus, I freaking love these poppy seed baguettes. They are flawless.

After this rather decent day, we headed home where Jessica continued to die. I was a bit concerned, but mostly irritated by her refusal to think positively.