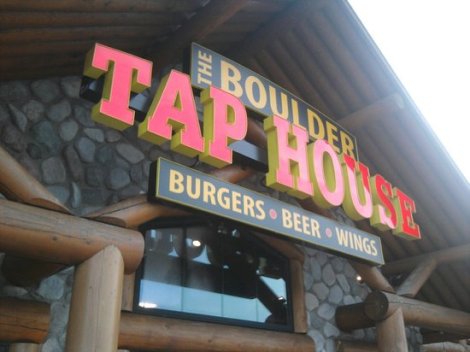 I don’t drink beer unless I’m in Egypt. For some reason, in Luxor’s scalding hot summers I adore so much, there is nothing quite like sipping a Stella Artois with a friend in a dusty cafe. It’s truly one of the fondest memories of my life, drinking cold beer with Hassan and looking out on the Valley of the Nobles as the sun sank into the Theban hills. Ah life has been too kind to me. I can’t think of anything but the light of Luxor all of a sudden. Give me a minute…anyway this post has absolutely nothing to do with Egypt. It has to do with a restaurant in Ames. I don’t love beer so I have no reason to ever go to a place called a tap house. I don’t understand people who are beer people and want to sample microbrews and sniff hops. But I guess I’m that way about wine so I’m just being a hypocrite. After baking one night we all decided to try it out because there was something called a cheese curd burger and that seemed like an extraordinarily good idea. Reader. Oh my sweet dear readers. It was revolutionary. We ordered cheese curds as an appetizer to our cheese curd burgers, and when they came out sizzling hot on a cast iron skillet, our lives were forever changed. Blocks of white and yellow cheddar were fried in a light tempura batter and served with an absurdly good dipping sauce. We all took a bite and literally gasped in unison. They were unreasonably delicious. We knew they were unhealthy but couldn’t stop shoveling them into our mouths. Then the sandwiches came out and dear god. I have never ever had a better bean patty in my entire life. It was sumptuous. And there were cheese curds on top and that just didn’t make any sense but it tasted amazing. Ribbon chips were served on the side and it was supremely decadent. My face was covered in grease but I didn’t care. I washed down the food with some kind of cider that tasted like a reasonably priced rosé and it was a fabulous evening. Everything was fabulous. Even the bathrooms were nicer than some apartments I’ve rented. I would eat every meal of my life there if I could. I don’t think I would my my overwhelming obesity. It would be worth the inevitable heart attack for those cheese curds. Go as soon as you can. 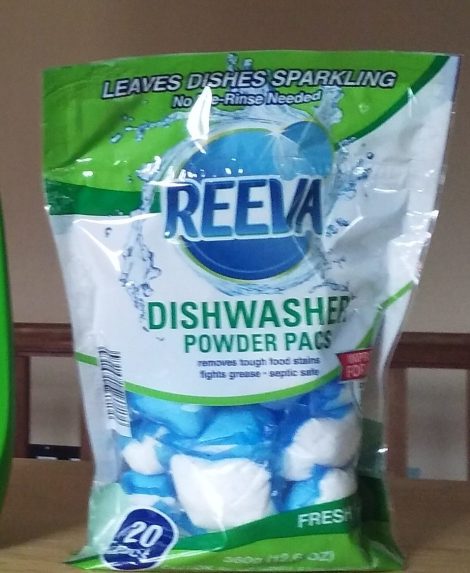 Okay. First things first. If you don’t already possess dishwasher tablets from ALDI, I’m going to wait here until you do. Go. Hurry. ALDI. Get me some of that delicious grapefruit soda while you’re there. And the ricotta. And the boxed risotto. Oh and some of those Choceur dark chocolate bars. Thanks. You’re a doll. Oh and Tikka Masala sauce and a box of red wine. That’s all. For real. Now in addition to that and your dishwasher pods, you’ve made such a solid investment in your future. Congratulations. When I bought them, I was just irritated and threw them in my cart because I didn’t want to drive all the way to Walmart just for my very exclusive dishwasher powder that I decant into elegant jars and feel like a low-class Martha Stewart. But I was tired so I thought I’d try a bag of pods from ALDI. Disbelievingly, everything in my dishwasher came out obnoxiously clean. Like my IKEA wine glasses look like they haven’t even been delivered to the store yet. My espresso cups were literally glittering. In that moment, reader, my life was forever changed. I knew, as I held another glass up to the light in slow motion, that I would nary again toil over dishwashing powder, scooping just the right amount lest the the blessed thing get clogged. No. I would just toss in a pod. And doing so, I have reached peak me. I have gone from handwashing to ignoring dishes to splurging on a dishwasher to foolishly using powdered dish detergent for three years to discovering this blessed pod and perfectly polished glassware. We have come so far together. 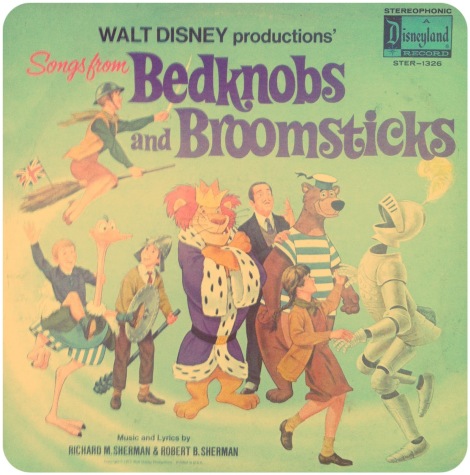 You are going to hear more about my favorite childhood film when we get to the section of things I hated. I never thought that I would have reason to write about this twice in one week, let alone ever. I’m giddy and enraged for two very different reasons. If you have never watched Bedknobs and Broomsticks, shame on you and a plague on your house.

It is one of Disney’s finest triumphs and starred my dear friend, Angela Lansbury. I consider anybody I’ve ever seen a dear friend, so when Angela and I shook hands a couple years ago in Washington DC, we immediately became the dearest of friends. She doesn’t know this, of course, since our interaction was so brief, but I think back every day of her hand in mind and the kind words she said and the joy that illuminated her from the inside. She is a treasure. A global treasure.

I'm a mess. I just talked to Angela Lansbury. She touched me. Like with her hand. And in my heart.

But, anyway, Angela starred as Ms. Price in this film, a woman who seems to be disinterested in a normal life. She’s not a spinster, but she lives like one. During the Second World War, she begrudgingly allowed a trio of children to live in her home so that they could be safely away from the bombings in London. Much to her irritation she fell completely head over heels with these siblings and took them into her confidence. Turns out, Ms. Price is a witch taking a correspondence course on witchcraft from an elusive Mr. Brown. She wants to use her magic to help England win the war against the Nazis, so in short: they all travel to London on a magical bed, find out Mr. Brown is a charlatan, dance through Portobello Road, take a miraculous voyage underwater to an island of anthropomorphized animals, play a deadly round of soccer, and then in the end, Ms. Price reanimates the village’s armory and goes to war against the Nazis whilst riding a broom. It’s fabulous. It’s my favorite movie of all time. And then this morning I read that there is a musical adaptation in the works and that the world premiere is going to be in Chicago next year. I screamed. I cried. It was more than I could have ever hoped for. What a brilliant idea. I know absolutely nothing about it, but you can bet that I’ll be there when it opens. What a rare and wonderful treat. Life can be such fun!

I’m going to do my best not to blather in for forty-five years about a refreshing drink, but I cannot make you any promises. When I was in Egypt, I fell head over heels in love with a beverage called karkade. It was a highly sweetened tea steeped from hibiscus blossoms. I never knew something could be so divine. I lapped it up like it was ambrosia meant for the gods on Olympus. Back at home I lost my mind trying to recreate it, but it was never right. I looked for powdered mixes and tried to import readymade varieties, but nothing ever worked out. One afternoon, I was at my preferred Mexican grocery store and I saw dried hibiscus flowers on sale for a reasonable price. I had to have them and the drink they made tasted so reminiscent of Egypt. Then I discovered that this beverage is common in Mexico and I could have had it at almost any time here. That pissed me off in the best way. It’s called jamaica and it’s not as sweet as Egyptian karkade, but every bit as good and refreshing. I lost my mind. In Mexico I drank liters of it every single day and then just yesterday I stopped at a wonderfully authentic fast food Mexican chain and asked if they had it available. They did. Reader, I was utterly overwhelmed. It was exactly as it tasted in Mexico and it was served in an oversized styrofoam cup like in Mexico and I could have honestly cried. I didn’t. But I could have. I am going to stop by every single time I can and take a refreshing sip of my favorite drink. Life can truly be wonderful. I’ve said that a lot this week. ¯\_(ツ)_/¯

The Insult of a “Bedknobs and Broomsticks” Remake: 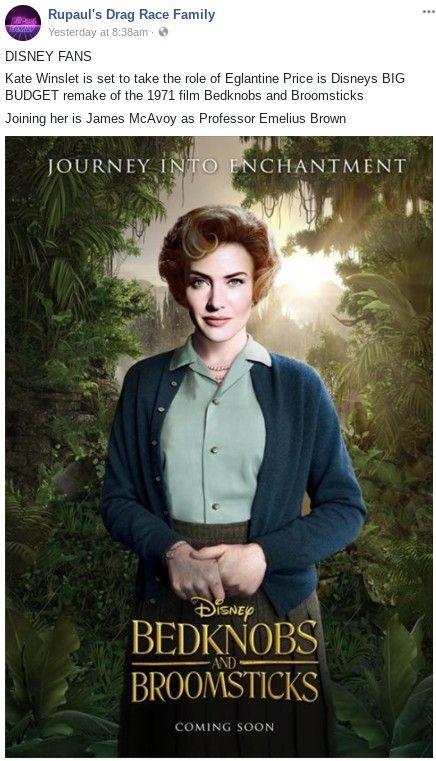 Reader, I am absolutely appalled and disgusted. I have no idea if what I’ve seen is true, but it’s popped up multiple times online, and I simply can’t get over it. Apparently there is a remake of Bedknobs and Broomsticks in the works starring Kate Winslet. The second I saw a poster image for it, I started to scream and hyperventilate. We went over how much I worship the original already so I need not go on at length, but just know that I was enraged. How dare Disney do something so horrible and crass? I am hoping against hope that this is just a fan-created poster and that it’s not going to happen. Now that we all have incredible digital imaging software on our phones, it’s hard to tell what’s real and what’s not these days. Everything might be fake news. It’s very stressful. I am just deeply offended by the entire idea of a remake. It’s a wonderful story and I’m sure it’d be a good movie, but it wouldn’t be the original that I love so very much. I mean, can you imagine Kate Winslet dancing with a broom or talking to her cat named Cosmic Creepers? I can’t and I refuse to try. And that’s all I’m going to say about this until I learn more. Oh, but I will say this. If they do a remake and don’t have a cameo spot for Dame Angela Lansbury, then they are making the biggest mistake they will ever make after deciding to make the movie in the first place. Ugh! [UPDATE: IT IS FAKE NEWS! BLESSINGS ON US ALL!]