My favorite pastry shop in Paris will always be Pierre Hermé. He’d be my favorite pastry shop no matter where he was. His little stand in the Galleries Lafayette was the best shop in Nice, and I don’t even know where they made the macarons. Hopefully not in a factory like they do for Ladurée, but if they did, I surely would not mind. Anyway, I don’t know why I started with Pierre since this post has little to do with him. Nothing in fact. But, one day, Jessica and I were wandering the Left Bank and stumbled upon a charming arcade full of shops. The most startling, due to its unseemly size, was a chocolate shop called Un Dimanche À Paris. Here they sold everything chocolate, and I obsessively bought a box full of intensely flavored truffles. The greatest was one that I was worried about: lemon chocolate. It sounded wrong. I don’t know why, since I like the combination of orange and chocolate, but this was startling to me. It was good, though. I totally loved it, but it’s not something that you run across often, even in Paris. Imagine my utter shock and delight when I found lemon flavored dark chocolate at HyVee the other day. We are in the middle of Iowa! This Zöet chocolate is flavored with lemon and black pepper, which also sounds ridiculous, but I started screaming. It was incredibly good. And it was cheap because people around here don’t usually buy this kind of chocolate. So, I’m going to go buy everything. If you find some, I suggest the same. UPDATE: I just got back from HyVee and they’re sold out. I’m going to go cry myself to sleep.

This isn’t the right skillet, but the one I use is incredibly beaten up, so I’m not showing you my shame.

Many years ago, when my family was still making a yearly trek to Florida, we were in desperate need of a skillet in our long-stay hotel. All that time ago, did I think a green skillet that cost six dollars from Walmart would utterly change my cooking? No. But I love that skillet desperately. It’s twelve inches wide, conducts heat instantly, and nothing would dare stick to it. It works so much better than the expensive pans I have from Pampered Chef and Williams-Sonoma (rest in peace, Chuck). I never knew how good an omelette could be or how elegantly they could be presented until I started using that magnificently cheap skillet. And it’s wonderful for pasta, too. I just adore it. I worship the thing! Whenever I go to Walmart, I look for something similar, but I have never found one. I’ve never found one online, either. I feel as if I own the last of a marvelously extinct brand, and that tragic knowledge crushes my soul. I hope that someday I can find a skillet to recommend to you, dear reader. I the meantime, I’ll be gorging on delicious food.

I always say that gin is my liquor of choice. I preach it whenever anybody asks. But it’s a lie. It’s part of my character. You know, kind of like how Dolly Parton weaves her own autobiography, though you could never fact check it. I love gin; don’t you ever get it twisted, reader. But my true alcoholic bae is champagne. (Shout out to Anne and Sue. If you’re reading this, I miss you!) Beyond champagne, I am obsessed with peach schnapps. It is so good. And it’s good in everything! I like it straight. I like it in a gin and tonic, which might have purists on a campaign to lynch me, but I have news for you from wikipedia: schnapps is “a strong alcoholic drink resembling gin and often flavored with fruit.” HA! I like it in my orange juice. I love it in my signature drink, the Kir Pêche: in wine glass, fill 1/3 with peach schnapps, top with sweeter white wine like a Riesling, add a couple cubes of ice, get SLIZZERED like me in Nice.) I blended some with sorbet the other day for a drunken smoothie and it changed me. I enjoy sipping it out of a flask in Chicago on occasion. Last night, I requested a bit in my whiskey sour and it made me a better person. I think I might just be obsessed with peaches. I need to plant peach trees on the farm. I wonder if Pierre Hermé makes a peach macaron? I bet he does. I’m going to go scour my cookbooks later. Can you imagine a peach schnapps macaron? Oh my god. I’ll be experimenting over winter break. Go stalk up on schnapps, reader. You’re welcome. 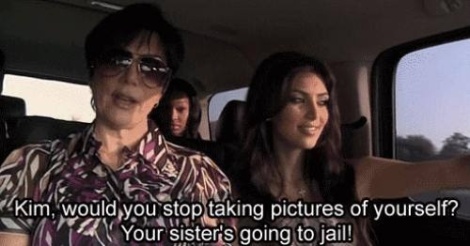 I used to be one of those people that would happily go along with teasing of the Kardashians and the Jenners. I thought it was amusing to lampoon them because they were wealthy and seemed famous for no reason. When I lived in Paris, I avoided certain areas of town for a week because Kanye West was there to learn how to design tennis shoes from Louis Vuitton. What a weird time… But I have changed. I am a fan of the Kardashians. It probably has to do with that time Kris and I made eye contact at the Grove in Los Angeles. Her persona and makeup intrigued me, so I went back to my apartment and tuned into Keeping Up with the Kardashians. I certainly wasn’t hooked from the start, but I was intrigued. They were famous for being famous, it’s absolutely correct, but I never knew how much work went into maintaining that fame. Let’s not jump to conclusions and say that they are brain surgeons, but they know their business just as well as any neuroscientist knows theirs. They know how to market their every move and make money from it. And as a person who does similar things without making any money, I appreciate and applaud what they do. I learn great things from them. And from Caitlyn; I want her hair. And from Kendell; I want her career and her acquaintance with Karl. And from Kim; I want her savvy. I genuinely like these people, so when Kris and I bumped into each other again in Disneyland, I was quite glad to see her. People who trash them don’t understand that they don’t have to involve them in their lives if they don’t want to. You don’t have to watch their show, follow them on Instagram, buy their clothing, or support their plans. But you need to respect that they have made a profound impact on culture doing something that is brand new. 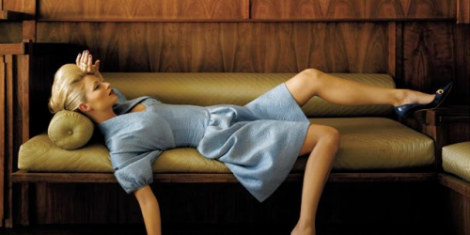 I have great envy of the rich and affluent for a number of reasons, one of them being the prevalence of marble floors and yachts, but there are many other reasons that I long to be part of their world. One major reason is because I always hear stories of how the stars go to the hospital for exhaustion and have to cancel appearances for the same reason. I don’t get the luxury of going to the hospital, sitting in a comfortable bed with an IV drip, and reading a magazine when I’m not napping in a comfortable robe. No. I have to go to work and go to school and pursue my hobbies and attempt to ward off the morbid obesity that haunts me. I will never be over being a fat person. Before I bitch and moan too much, I am well aware that there are other people who have much more awful lives than me. I mean, Jessica and I were just talking about which arrondissement of Paris we want to stay in this coming summer, the Marais again? Probably. But my life is my own and since it is my own to bemoan, I want to complain about my constant state of exhaustion. I have a job that saps my energy. I really don’t mind going to work, but when I get back home, all I want to do is eat a gigantic egg salad sandwich and collapse into bed. Instead I do work for my college courses until and after when most people are in bed. When I finally get that done, or what I feel is an appropriate amount, I try to do something, but that is inevitably just cleaning the house before passing out. I don’t have time to myself. I’m like the parent of an infant, but happily without the expensive offspring. I’m just exhausted every day and I see it in my appearance. I look like a sausage squished into my clothing, there are bags under my eyes, my beautiful hair has seen better styles, and I don’t focus all that well. I don’t focus at all. I have tried alternative schedules and ways to manage my time, but nothing really works. If only I could go to a clinic in Malibu and do a juice cleanse and nap treatments for a couple weeks. That would do me a world of good.