On Tuesday night, for the first time in my life, I finally felt completely alive–I was filled with jubilant energy, I was radiant with happiness, and I was terribly nervous. Never before have I felt so instilled with a complete and total sense of purpose. Those of you who know me, and those of you who have read this blog with any regularity will know what is coming…but for those of you who don’t, I’m going to share this wonderful news.

On that fateful night, I woke up from my afternoon nap, something I’ve come to love and rely on to retain my sanity. Drowsily, I looked through my Twitter feed and saw a tweet by Tyra Banks. There was a picture attached and I opened it up, not really bothered by what it might be. I didn’t expect what I saw. I wasn’t fully prepared for the incredible whirl of emotions that little picture sent me through.

Tyra announced that the next cycle of America’s Next Top Model will finally allow male models to try out and be on the show. Excuse me…I’m typing this on my lunch break at work and I’m afraid I’m going to tear up. Ok, I’ve pulled myself together. It’s everything I’ve been waiting for, all of my dreams beginning to come true. For years, I’ve waited for something, some kind of inspiration, some kind of sign from somewhere telling me what my real purpose in life is.

You might think that a reality show is not that big of a deal, but for me it’s tremendous. Since I was a fat, ugly kid in High School, I’ve watched this show with an unreasonable passion. In fact, the show is one of the major reasons I shed fifty pounds, started dressing better, and learned portion control. Top Model has been a greater influence on my life and on my well being than most people. And for all those years when I watched the girls walk on runways and pose for chic editorials and dash through foreign cities on go-sees, I have wanted to join that world and be in that culture. I want to be one of the beautiful people who inspire others and create fantasy through the art of clothing.

My love of fashion has expanded exponentially since I discovered it through Top Model. I read everything I can about designers and important people in the fashion world. I once went to every Chanel store I could in Paris just so that I had the chance to potentially bump into Karl Lagerfeld. It would be another dream come true to meet that man. I’m in awe of his talent, his quick wit, and his style. I devour biographies of Coco Chanel and Diana Vreeland. Those wonderful people have the life I want to live and Tyra’s inclusive announcement has made me determined to get it.

I have been attacking my gym with frenzy for the past two nights. I’ve lifted more weight than I’ve ever lifted before. I’ve ran longer and faster than I thought possible. It’s like some barrier has been lifted and I’m able to finally see an ending to my goals and it’s made me a bit crazy. I’m so sore right now, but I’m going back tonight to run and jump and lift and stretch. I have never had a muscular body, I’ve always been tall and thin. Except for when I was tall and fat, mind you. I don’t think I’ll ever be overly muscular, but by the time I’m able to audition for this cycle of Top Model, I’m determined to have biceps that aren’t laughable and a toned stomach. And even if I don’t make it on the show, I’ll finally have the body I’ve been working on for years.

Last night, I made an inspiration wall in my gym. When I run and walk, I’ll look up and see these faces and force myself to keep going, even when it hurts. 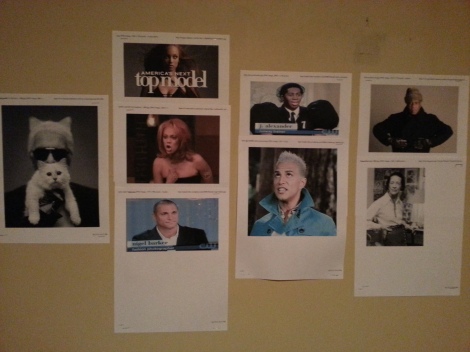 I made an audition tape last year when I was on holiday on Paris. I did faux go-sees, model walked down the quais, met a lingerie/burlesque superstar Dita von Teese, studied clothing in all the shops. I lived for fashion and lemon tarts for a month. It was marvelous.

I can’t wait to finally be able to try out officially, instead of just making awareness raising videos and posts on social media. I’m ready to take this seriously. I’ve planned my every moment on the show, every line, my reactions in panel, each tear I might shed. I want this so much. So do a lot of guys, I’m sure, but I want it more. I know I do. I’m obsessive about this. I’m going to be on top. And if not, I’ll submit a portfolio to every agency I can find. I’ll regret it if I never do. “If you don’t do it, you won’t have done it,” as my spirit animal Patsy Stone once said.

PS: Since next cycle will feature the same social media system as the current edition, I need you all to support me when the time comes. I adore you all.

Here are some pictures of myself in case somebody from the show should happen to stumble upon this post: 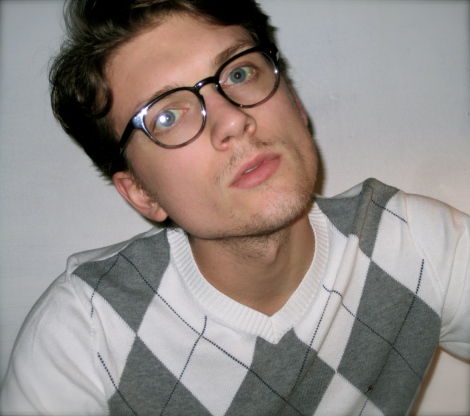 Outside Karl’s bookstore in Paris: