I had this whole fantasy of going on a tremendous shopping spree at the Mall of America yesterday. My arms would be laden with bags from all of the chicest stores, people would be ogling my ability to balance all my purchases, and I’d be the happiest boy this side of the Mississippi. But, when I went yesterday, I really didn’t find much that inspired me. I wanted a pair of herringbone pants from Club Monaco, but they were over $150 and even I wasn’t willing to pay that when I can find something similar at the Tommy Hilfiger store for about two-thirds less. I must go buy those before I leave for Europe. So, I wasn’t laden with bags. The only person to ogle me was the barista at Caribou Coffee when he gave me the mall worker discount with a smile. That was nice. I ended up making the majority of my purchases at H&M and couldn’t be happier. There is such a massive range of things to buy! Of course, the men’s section has nothing on the women’s section, the inequity is offensive, but it’s still easy to pick up great things at really reasonable prices. I bought burgundy jeans, a rainbow sweater, a grey button up, and a gorgeous paisley button up which I’m wearing right now. I didn’t pay much, either, because there is no tax on clothing in Minnesota! Hallelu! Also, I’m still pissed that I can’t find the pink Versace suit that H&M sold last year anywhere. I want it so badly. Someday I’ll find it and it will be mine and I will wear it everywhere!

It’s over! It’s over! It’s really finally over! It’s still afternoon on Election Day as I type this, but after tonight, I won’t see another political add for a few months! I have been deluged by flyers, commercials, and candidate appearances. Iowa is a wonderful place, but we are cursed by politics. We start the election cycle, so the candidates basically live among us for years. If you live in a big town like Des Moines, you can’t walk down the street without seeing one or being interviewed for your opinion. Exhausting. We’ve been hearing about this election since 2009. That bitch, Michele Bachmann elbowed me, I recommended a place to buy coats to Anderson Cooper, I’ve recycled at least ten pounds of mail. I can’t wait for it to be over and I hope Obama wins. I can’t imagine the alternative. UPDATE: OBAMA! As Craig Ferguson so cleverly said, “Suck on that, my bitches!” 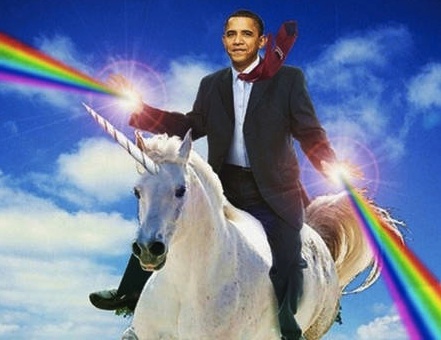 I have been reading about this potential amendment for what feels like forever. Whenever I’m in the Cities, which is surprisingly often, I see flyers and stickers and lawn signs about it. I thought it was for gay marriage becoming legal, but it wasn’t. It was to stop an amendment that said that a marriage should be between only a man and a woman. That’s just silly. Marriage is between two people who love each other regardless of what is in their pants. So, I was very nervous watching the results come in last night, the race was so close. I fell asleep after becoming exhausted of waiting for Obama to come out and announce his decisive victory. I was a happy man when I woke up and read that my beloved Minnesotans had denied the loonies the pleasure of whatever denying people happiness brings. I really don’t get those people. Not even a little. I wonder if Obama will sign federal marriage equality into law? That would be marvelous.

Eartha Kitt – In Person at the Plaza

There is nothing better than a live album, especially when the performer can actually sing. Some of my favorites are Judy Garland’s concert at Carnegie Hall, Madonna’s “Let Me Tell You A Secret,” and now this album by the divine Eartha Kitt. I’ve told you how much I love her before, right? This only reinforces my admiration for this very talented woman. Her voice was flawless, the songs quirky and fun, and her jokes hilarious. When she tries talking French to a gentleman in the audience, it’s very funny, mainly because he can’t speak a word of the language and she’s fluent in so many. Give it a listen especially to “Champagne Taste.”

Being a Fashion Chameleon

One of my favorite things about clothing and fashion is the ability to switch it up on a regular basis. I can express that I’m feeling damn fancy or casual. Through clothes I can show off my personality and my opinions. Example: rainbow sweater after Obama was reelected. Definition: let’s all get gay married within the next four years. Example: blue tshirt with a sweater and colorful chinos and stocking cap. Definition: I can fit in with the hipsters if I want to and I don’t want to do my hair today. It’s such fun for me to think about clothes and what they mean to me. I’ve told the kids that I work with every day that I dress to suit my mood, so there is a small crowd that tries to guess how I’m feeling. It’s rather fun. I think I freaked a few of them out on Friday by dressing casually. They’re used to me dressing a bit nicer, but I was in a younger state of mind yesterday. Life has been kindly to me lately and I’m looking forward to my trip to Europe and yesterday I wasn’t in the mood to tuck my shirt in:

I live for vacations and nothing makes me happier than going someplace. We need a holiday! MANDATORY DANCE BREAK:

And, as much as I love exploring the world, there is one thing that is almost always involved that fills me with deeps loathing: road trips. Oh, I despise them! To me, there is absolutely nothing worse than being trapped in a vehicle for hours. The three hours I was in the van yesterday was hellish. My long legs were twisted up like a pretzel, I had to choose between my phone battery and my hotspot battery, the seat wouldn’t recline, I ran out of water, my back hurt, it was too hot and then too cold, the gas stations were very démodé, and driving takes forever! Give me a plane and a shot of NyQuil, please! Blackout travel is the only kind of travel. Wake me when the diner cart rolls by.

As eager as I am to learn the results of today’s Presidential election, I’m equally curious–if not more so–to know if this horrible woman is going to be reelected. I find her political career absolutely unbelievable. How has she managed to get more than a few votes from exceptionally conservative lunatics? Her religious rhetoric is worrying, her dull, dead eyes are terrifying, and her frequent witch hunts against groups of people because they are different from her are absolutely disgusting. I have a story to share. You’ve probably heard about our incident at the Iowa State Fair when I was basically thrown into the press area and then was elbowed by her. Dreadful woman. Disgusting piece of garbage, really, and I don’t say that lightly. Of the many people in this world that I dislike, she is at the top of my list. (Bet you didn’t think anybody could top Kanye. She does. I’d be civil with Kanye and I’d go out for brunch with him. If Michele invited me to brunch, I’d respond with a raised finger. The depth of my loathing knows no end.)

UPDATE: What the Hell? Why would anybody vote for her? She barely spent any time in Washington and she brought shame to our entire nation. This had better be her last term.

What the frock is going on here? My favorite queens are sashaying away at breakneck speed. First Pandora, then Tammie, and now Manilla–and my beloved Latrice! Oh, Latrice, I weep for you! And Manilla, oh Manilla, I have adored you and your quirky humor for so long. Why did you leave me? Your looks were beyond. Manilla looked divine in her Bergman inspired creation and Latrice was serving Divine realness. It is an injustice to the art of drag that so many performers have gone home and that so many…uninteresting characters are left. Raven and Jujubee are my only hope now. I’m over Chad Michaels and have never enjoyed Shannel. I like Alexis, but Yara has never been one of my favorites. And how dare they insinuate that people weren’t rooting for them for speaking Spanish. Bitch, please! Drag queens and their supporters are probably the single most accepting groups of people on this planet. That was a ridiculous statement and I’m terribly offended. They will have to work to redeem themselves in my eyes. But, back to the real tragedy–goodbye my beloved Team Latrila. *sobbing*

What the Hell is going on over there? I know what Fox News is, but I’ve never actually watched it. So, on election night, I tuned into CNBC and my father tuned into Fox. I don’t understand what makes a person conservative, it’s a grumpy and frightful mindset, I find. Why not try to find solutions instead of just blaming people? So, because I’m open minded, I decided to watch for a little while, but I just couldn’t do it. Do they know that they’re nuts? Once I saw Sarah Palin come on, I had had enough. I can’t deal with that woman. 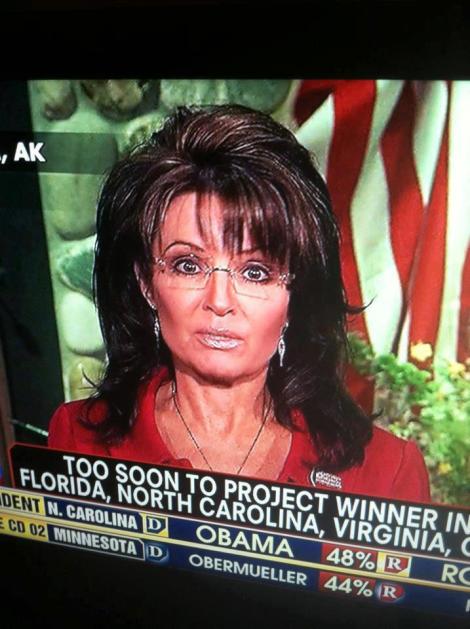 Here’s a woman I can deal with:

WHY!?!?!?!? I am sick so rarely that I proudly proclaim that I never get sick. So, why am I dying of a sore throat? It’s unjust. It’s a freakish 80 degrees outside right now and I feel like a miserable lump of poo. If the UV Index wasn’t low…since it’s basically winter…I’d head outside and tan the crap out of myself, but I can’t. I had better get better soon because I have no intention of having a sickly time in Europe. I’ve planned a delightful time for myself. Red wine on the planes with my Indian food. High tea. Tarts. POPPY SEED BAGUETTES! Hot chocolate. Pierre Hermé macarons. It’s basically all about the food. Trips for me are nibbling excursions. Sure, the sites and museums are lovely, but THE FOOD! I love eating. I will never have anorexia because I love eating! Anyway, I’m starting to feel better, so I’ll finally be able to eat without crying. Eating is fun. Do I sound fat? I have to take pictures in a swimsuit tomorrow. I’d better get myself in check.

My plans for the rest of the day: