This stuff is miraculous. It smells dreadful and makes my lungs feel like they’re shutting down, but it will take paint off of anything in two seconds. I am constantly stunned by how well it works. You have to be careful with it so that you don’t take off too much paint, but when you get drips or a streak on wood, there’s absolutely no worry knowing that this product exists. I’ve tried Goof Off 2, which honestly is much nicer and doesn’t make me feel like I’m dying, but it doesn’t work nearly so well. Every household should have a tin of this wondrous chemical.

Baking isn’t always a relaxing and fun activity. More often than not, it’s an annoying nuisance that gets in the way of my procrastinating. But sometimes, some wonderful sometimes, my breads or croissants or doughs will behave just right and the gluten will be relaxed and they roll out like a dream. For those of you not in the know, gluten is a substance that exists in wheat flours and when mixed with water, forms strands that hold the whole thing together. Without gluten, bread would just fall apart. It needs to rest so that it can stretch. If it hasn’t rested long enough, the dough will annoyingly shrink back into the shape it was to begin with. Endlessly frustrating when you cut out croissants, let them rest, come back ten minutes later and find that they’re half the width they once were. Sometimes, though, the dough behaves and you could roll it to the moon. Those are happy days.

Free, Out of Print Books:

I’ve mentioned before that I’m a huge fan of ebooks. I’m an ever bigger fan of books that are out of copyright and can be downloaded for absolutely nothing! I’ve found many great books that I wouldn’t have ever found in bookstores as they haven’t been printed for decades. The Mummy: or A Tale of the 22nd Century was one of these, but it’s also a frustrating example of books that are published in folios. So only the first half has been digitized. Tant pis… My favorite find is An Egyptian Hieroglyphic Dictionary by Sir Wallis Budge. It’s old and outdated and full of errors, but it’s still wonderful that it’s free! I’m skimming it over right now looking for the perfect tattoo. I’ve decided to get something in ancient Egyptian. I saw this wonderful image and have become obsessed with it: 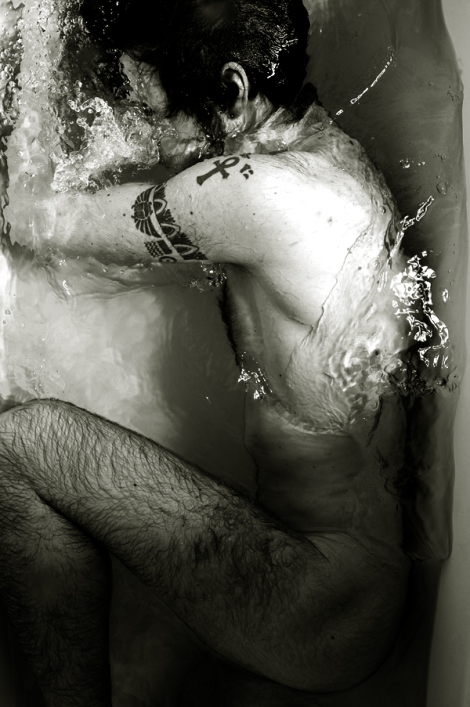 Isn’t that just gorgeous? I want one just like it. Anyway, go find books for yourself. There’s a whole world you knew nothing of.

She’s got it all! Joanna is easily my favorite person alive on the planet right now. She’s one of my role models and inspirations. Every thing she does and says is clever and brilliant and full of grace and charm. She seems to be one of the kindest people in the world. I dream of meeting her and being her friend and tagging along for her next expedition. Of course, she’s Patsy, and I love her for that. Obvious reasons below:

But, I like her for herself more. She’s becoming very well known for these gorgeous travel documentaries. I’ve seen all of them except the one where she goes to the North Pole–only because I can’t find it. She researches the history of domesticated cats, voyages down the Nile, searches for Noah’s Ark and went all over Greece. It doesn’t sound fascinating, but the way she presents material is endlessly marvelous. She’s full of curiosity and wonderment and love of what she’s doing. She explains why certain sites are important and what their significance is, but she also celebrates humanity. That is something I’ve never seen in other travel documentaries. She makes the people as important, if not more important, than the actual locations. She enmeshes herself in the culture and takes us along. I absolutely adore every one of them, but my favorite is Joanna Lumley’s Nile. It is the most stunning film. Here’s a clip.

I don’t know what it is, but I must have spent many past lives in Egypt because I feel such a strong connection to it. The imagery fills me with happiness and I weep. Do look into Joanna Lumley and watch every thing she has done. She’s marvelous.

French & Saunders on the Radio:

…anyway. Every Christmas for the past three years now, I believe, Dawn French and Jennifer Saunders, my comedy icon, have done hilarious shows on the BBC Radio. They’re two hours long, feature ridiculous segments like the Madonna one above, have great interviews, and an eclectic selection of songs. I love it so much. I am so happy that we are allowed to listen to the BBC radio here. It’s truly a delight for me to hear these two chatting. I’m gutted that they aren’t doing their duo on tour anymore, but I’m not convinced it’s the end. Jennifer has repeatedly said that Absolutely Fabulous wouldn’t be coming back, but it has twice since she’s said that. I hope to someday see them live. It would be, as Craig Ferguson says, the “best damn night of my life.” It’s criminal that these haven’t been put on iTunes for download, yet!

For some reason, I have been against denim shirts for the longest time. Don’t know why, but now I love them. I want them in every dye of denim. I think I honestly started wearing them because it was one of Martha’s fashion staples.

It’s elegant and yet common but not trashy. I would wear one every single day. Remember that trip I’m planning to Egypt? I’ve been trying to figure out what to wear. I don’t want to take much because luggage is a strain. I’ve decided on two outfits. Dark jeans with a thicker, white button up and a dark khaki with a denim shirt. Both of these will be worn with nice boots and a matching belt. I’ll be able to blend into any scenario, I think. Always looking just nice enough. Throw on a cardigan and I’ve dressed up. I want to get many more and I’m sure I will.

What is this about? It’s so aggravating. Instagram’s filters already annoy me, but when a celebrity tweets a picture and I have to open a new window to open the picture (which is usually crap), I take issue. Fix this.

Alternative archaeology is one of my passions. It’s an important, yet derided science. So, it drives me insane when new shows like America Unearthed come on and skim over a theory in forty minutes, jump to conclusions, take speculations as fact, and sound obviously scripted. Why can’t they make a show that really studies one subject in depth for a season? It would be amazing. Yes, I’ll host. Call me, History Channel. The latest episode of this travesty was even worse than the first. It had an interesting premise–a potential medieval burial in the Southwest. There was a stone covered in runes. The runes were translated and confirmed to be twelfth century, but that is the most science they did. They didn’t do any testing on the stone, they didn’t confirm that the stone actually came from the cave. They didn’t pursue an archaeological dig. They just used ground penetrating radar to find there might be an anomaly beneath the surface. I was beyond offended. The host gallivanted off to the UK to drink in a pub with some scripted fellow that seemed to be his friend  while he talked about carved sandstone (that had nothing to do with anything) and wonder why the familial name of the fellow on the stone died out in the twelfth century. It was promising, but there was absolutely no follow up. Idiotic show that I will force myself to watch. They could do soooooooooooooooooooo much better.

I have been annoyed for years waiting for this apocalypse to be over with. The Mayans have said again and again and again that nothing is going to happen on December 21st, but the idiots that populate this world (very few exceptions aside) have insisted that the world is doomed for so long. I was hoping that it would just to get rid of them. Unfortunately, we didn’t. Fortunately, we got this:

Then once nothing happened, everybody started making terrible jokes calling the Mayans retarded. I was so offended. I’m getting mad again.

I hate fragrances in soap and fabric softener and candles. I like neutral. I like things to smell clean. The only fragrance that I love is grapefruit. Grapefruit everything, bitches! Every Christmas season, every restaurant and house in the world seems to put a new bottle of hand soap out that is supposed to smell like Christmas day. It smells like death. All I can do is sniff my hands and gag. It’s vile. Throw them out. I don’t condone throwing things away that can be recycled, but this shit is the worst. Buy something nice that smells of nothing…or…grapefruit, bitches!

I EFFING HATE ALL THE HOMEOWNERS OF DES MOINES, IOWA! SHOVEL YOUR EFFING SIDEWALKS! Even though it isn’t pleasant out, people are still going to walk places. I went on what should have been a pleasant three mile walk a few days ago, but it turned into a dangerous arctic expedition that should have ended in my death. I had to climb mountains of snow, plow my way through mountains of neglected drifts, slip on ice, walk on an interstate into oncoming traffic (people were not amused by that, mind you) and suffer with snow in my shoes. I can’t count the number of houses I flipped off. I hope I guilted them all into shoveling. Isn’t there some law about this? ENFORCE IT!